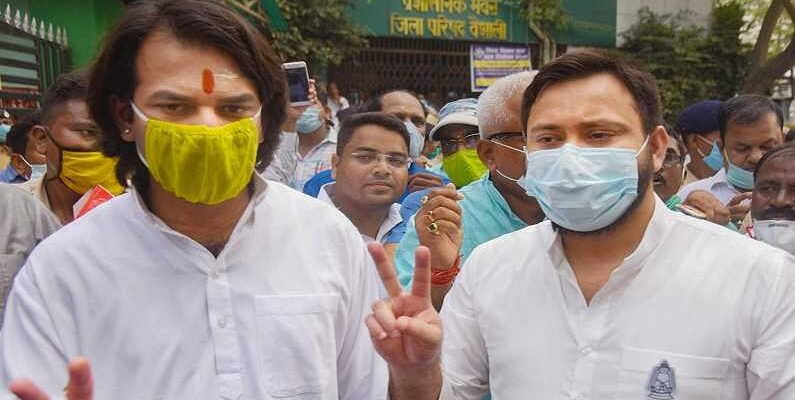 After taking a rebellious stand of Tejpratap, now RJD has also started showing its attitude. Tej Pratap Yadav’s name is missing from the list of star campaigners released by RJD for the Bihar Assembly by-elections. The names of 20 leaders including Lalu Prasad and Tejashwi Yadav have been given place in this list. The names of RJD state president Jagdanand Singh and Shivanand Tiwari, who were targeted by Tej Pratap, are not even in the list of star campaigners.

The name of Jayaprakash Yadav, who is said to be angry with the party, has also been included in the list of star campaigners. He is placed fourth in the list. So while Anand Mohan Singh’s wife and former MP Lovely Anand has also found a place in the list of star campaigners, Anand Mohan’s son is an MLA of RJD. On the other hand, Shivanand Tiwari, who called Tej Pratap out of the party, has been removed from the list. Shivanand Tiwari is a big leader of the party.

Party spokesperson Mrityunjay Tiwari declined to comment on Tej Pratap’s name being omitted from the list of star campaigners. While Jagdanand Singh’s name was not included in the list, a party leader has told on the condition of anonymity that Jagdanand Singh has said to stay away from campaigning for personal reasons.

Is the government giving 2000 rupees every month to the daughters under the Pradhan Mantri Kanya Ashirwad Yojana? Know the full truth of the viral message