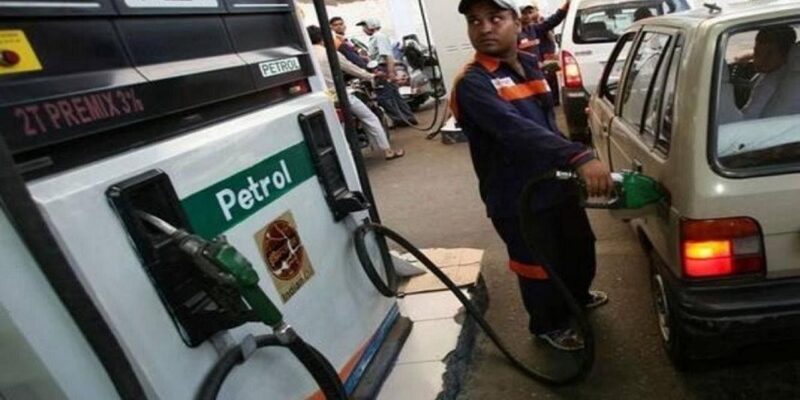 Big hike in the price of petrol and diesel

Almost 20 months after the first knock of Corona, the house and markets have returned once again. During this festive season, a good news also came from the International Monetary Fund (IMF). According to the IMF, India’s economy will grow the fastest in the world in the coming days. But the question is, is rising inflation spoiling this sweetness? The bigger question is that the low inflation seen in the government data is equally visible on the ground as well.

After battling two waves of Corona, India’s economy has started showing improvement. The International Monetary Fund has predicted that India’s growth rate will be the fastest in the world till next year. The IMF has projected economic growth for India at 9.5% in 2021 and 8.5% in 2022. The Reserve Bank has also projected GDP growth at 9.5% for the financial year 2021-22. The growth of the economy has a direct impact on the life of the common man such as increase in income, reduction in poverty, improvement in education, acceleration in government schemes and improvement in life.

However, there has also been a difference between the last few estimates of the IMF and the GDP figures.

But only the wheels of the economy are not running that fast. The prices of everyday items like petrol-diesel, CNG-PNG, edible oil have also taken wings. If experts are to be believed, the reduction in the retail inflation rate of September is also not sustainable and may go further. According to experts, there are many reasons for this.

The Consumer Food Price Index (prices of eggs, meat, fish, fruits and vegetables) declined to 0.68% in September from 3.11% in August. Especially there was a 22% drop in the prices of vegetables. Inflation in the rest of the food and beverages segment grew 1.01%. Inflation in the fuel and light category was at an all-time high of 13.63%. Apart from this, there is increasing concern about the situation of stagflation around the world. In the event of stagflation, the economic growth rate is low but the inflation rate remains high.

Apart from this, the effect of increase in the price of crude and petrol and diesel will also affect the production and freight of other things. Because of this also a sharp jump in inflation can be seen from December. Many economists consider rising inflation as an indicator of the economy. According to him, it shows that the demand is increasing in the country. But the rising inflation of petrol and diesel is just the opposite. It is directly related to the sale of vehicles, which contributes 7 to 7.5 percent of the country’s GDP. Overall, whether rising inflation is a signal of rapid growth or not, it depends on the time and circumstances. As of now, there doesn’t seem to be any direct connection in this.

read this also: Good news for devotees, railways will run premium trains on Ramayana, Northeast, Char Dham circuit, this will be the fare

Before the release of Shehnaz Gill’s first ‘Hosla Rakh’, Georgia praised – ‘Stars are born to shine’