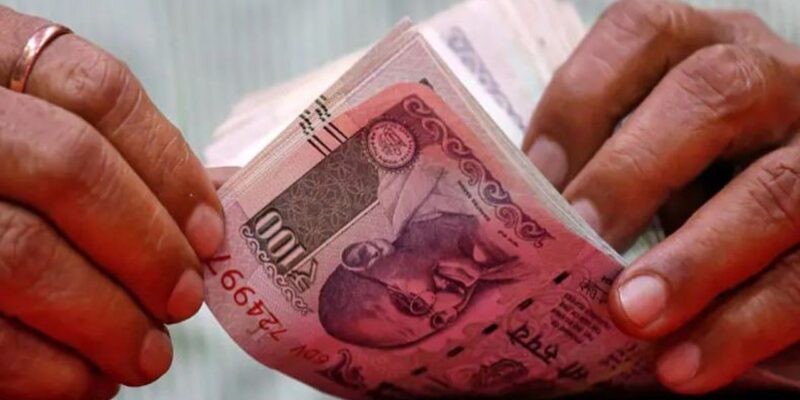 The effect of rising inflation is visible on the common man’s life. The prices of many things from vegetables have increased. This happened because fuel prices have increased. Due to the increase in the price of oil, the freight became expensive and the prices of vegetables etc. have started climbing. Another big effect of this is being seen on the money deposited in the banks. Be it senior citizens or common depositors, money is deposited in banks so that the inflation rate is met with interest. But the situation has become such that the rate of inflation has gone higher than the interest received from the banks. This means that the rate of interest on Fixed Deposit (FD) etc. has become negative.

In its recent monetary policy review, the Reserve Bank has estimated that retail inflation may remain at 5.3 percent. This estimate is for the current financial year. The Reserve Bank had said that the consumer price index (CPI)-based inflation rate is likely to remain around 5.3 percent and it is expected to remain in the risk control range. At this stage, the country’s largest lender State Bank of India (SBI) will get negative interest on FD for one year and the real interest rate for the saver will be minus 0.3 percent.

What do experts say

However, small savings schemes run by the government are giving better returns than the FD deposit rates of banks. The interest rate for fixed deposit deposits of 1-3 years under small savings schemes is 5.5 per cent, which is higher than the rate of inflation. Vivek Iyer, Partner, Grant Thornton India, said that the real rates are going to be negative for some time and it is important that people choose the right investment option based on their pros and cons. Jyoti Prakash Gadia, managing director, Resurgent India, said high-risk options (mutual funds etc.) have shown huge growth, which is expected to continue till inflation is contained or bank deposit rates rise.

Experts say that going negative in the interest rate is common in the crisis of the economy. Since the government has to make many arrangements to bridge the economic situation and inflation, many economic announcements are made, due to which the rates of banks decrease and inflation rate increases outside. Such a situation is seen not only in India but in the whole world where the outbreak of COVID epidemic is visible. By depositing money in banks, good people can now invest in real estate.

Experts say that due to many reasons, the returns on deposit schemes like FD are going in negative. 3.5% interest is available in the savings account of banks. If you get FD etc. in banks for one year, then the interest is less than 5 percent. In such a situation, it will be called a negative return only because it is not able to match the inflation rate. This is the reason why depositors are investing money in mutual funds etc. without worrying about the risk. There is a risk in these savings but the returns are much higher than the inflation rate. Returns on money deposited in banks will increase only when there is some reduction in inflation rate.

read this also: PNB’s gold loan becomes cheaper, if you are borrowing on jewelery then you will have to pay 1.45% less interest

Aryan Khan Drug Case: Is NCB blocking Aryan Khan’s bail? Know what arguments were given in the court