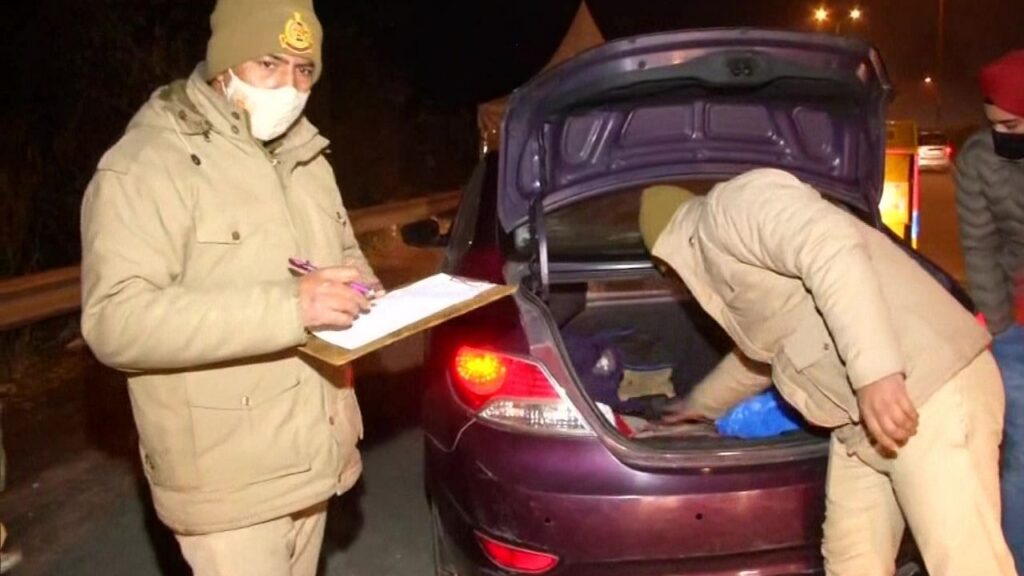 Country today 73rd Republic Day (Republic Day 2022) is celebrating. On the occasion of Republic Day, security has been tightened in the national capital Delhi and surrounding areas. Vehicles are being checked at many places in Delhi-NCR. The team of Delhi Police is checking the incoming and outgoing vehicles by putting up barricades on the Delhi-Noida border. Delhi Police’s DCP (Central) Shweta Chauhan said that attention is being paid to anti-terror activities. The papers of the vehicles are being checked and CCTV surveillance is being done on the parade route.

Delhi Metro Rail Corporation (DMRC) said that on January 26, till 2 pm, all metro parking places will be closed and there will be partial reduction in Metro service on Line-2 (HUDA City Centre-Samayapur Badli). DMRC said that these measures have been taken under the security instructions received from Delhi Police. According to the statement, the entry and exit at the Central Secretariat and Udyog Bhawan station will remain closed till 12 noon on Wednesday. At the same time, entry and exit at Patel Chowk and Lok Kalyan Marg metro stations will be closed from 8:45 am to 12 noon.

Two people were arrested on Tuesday

Ahead of the Republic Day, the Special Cell of Delhi Police on Tuesday arrested two people for their alleged involvement in arms smuggling. According to police officials, the accused have been identified as Ravi Khan (40) of Prayagraj in Uttar Pradesh and Rahul Singh Chhabra (23) of Dhar district of Madhya Pradesh. Both the accused are being interrogated.

Security arrangements have been tightened in other states as well. Mumbai Police was also seen checking vehicles at many places late at night. While in Lucknow too, a checking drive is being run amidst tight security. In Jammu and Kashmir also, police and security forces personnel are on alert in many places including Srinagar. Security has been tightened in all sensitive places including Naxal-affected areas in Chhattisgarh.

Also read- Republic Day 2022: The military might of the country will be seen on Rajpath today, Delhi will be buzzing with tableau-parade, know full details of Republic Day celebrations

Tollywood Star Vijay Sethupathi: Let us tell you that a 54-year-old stuntman has passed away…