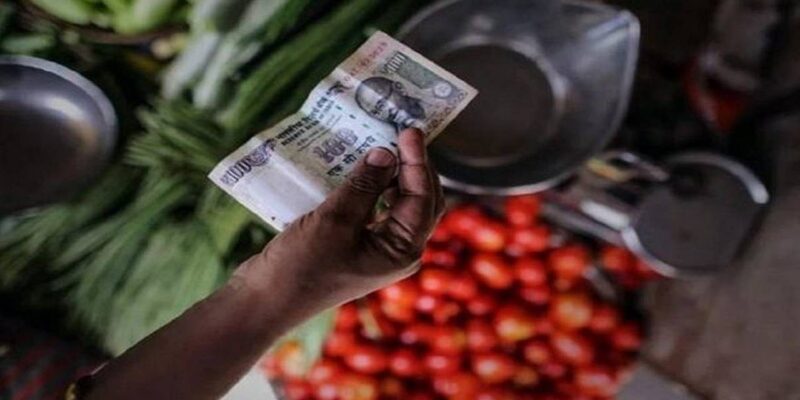 In September, the wholesale inflation rate has come down to 10.66 percent.

The Ministry of Commerce and Industry said in a statement that the high inflation rates in September 2021 were mainly due to the consumption of mineral oil, basic metals, food items, non-food items, petroleum and natural gas, chemical and non-chemical products. There is an increase in the prices as compared to the same month last year.

According to the data, the wholesale inflation of food articles has seen a decline for the fifth consecutive month. This figure stood at (-) 4.69 per cent in September, which was at (-) 1.29 per cent in August. The main reason for this is the fall in the prices of vegetables. The price of pulses continued to rise and has reached 9.42 per cent.

Talking about manufactured products, its wholesale inflation has been at 11.41 percent during the month.

The Reserve Bank of India (RBI) mainly looks at retail inflation while deciding its monetary policy. Earlier this month, it had decided not to make any changes in interest rates.

Let us tell you that the retail inflation (CPI inflation) in the country has been at 4.35 percent in the last month. It stood at 5.3 per cent in August. Whereas, in September 2020 it stood at 7.3 percent. According to the data released by the government on Tuesday, the reason for this is the fall in the inflation of food items.

The Finance Minister said – to improve the economy, it is necessary for everyone to get the vaccine, the challenges are not less

Include basil and ajwain water in the diet to lose weight