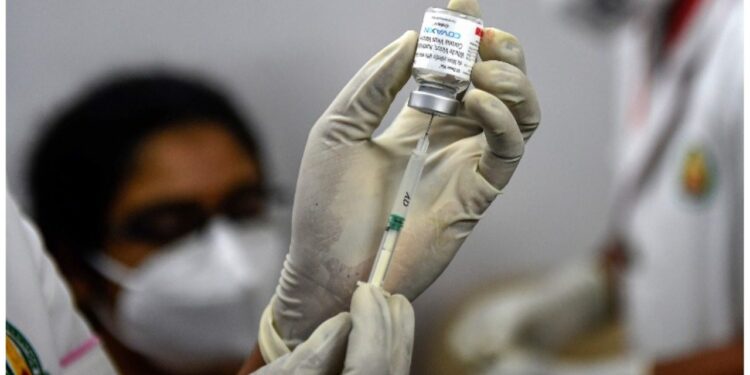 Union Health Minister Mansukh Mandaviya has told another good news regarding the war against the epidemic. The first dose of corona vaccine has been given to 100% of the adult population of 6 states and union territories of the country.

To deal with the threat of the third wave of Coronavirus, India has increased the pace of vaccination. The number of vaccinations in the country has crossed 73 crores. Meanwhile, Union Health Minister Mansukh Mandaviya has told another good news regarding the war against the epidemic. In fact, 100 percent of the adult population of 6 states and union territories of the country has received the first dose of corona vaccine. Mansukh Mandaviya has appreciated Goa, Himachal Pradesh, Ladakh, Sikkim, Lakshadweep, Dadra and Nagar Haveli and Daman and Diu for this.

The cases of corona infection in India are currently under control. The daily caseload has also come down, although the threat of a third wave of COVID remains constant. In view of this, all kinds of precautionary steps are being taken by the government. The government is constantly appealing to the people to get corona vaccination done to avoid the serious consequences of COVID-19. It is the effort of the government that the entire population should be vaccinated as soon as possible, so that the damage caused by corona can be stopped.

The Union Health Ministry informed on Friday that more than 65.27 lakh (65,27,175) people have been given the dose of corona vaccine in the country on Friday, after which the number of corona vaccination in India has now reached 73 crore. The government report states that 73 crore doses of the vaccine have been administered to citizens through 74,70,363 sessions.

Corona Vaccine: Booster dose may get green signal! Revealed in clinical trials – 20% of vaccinated people did not have antibodies