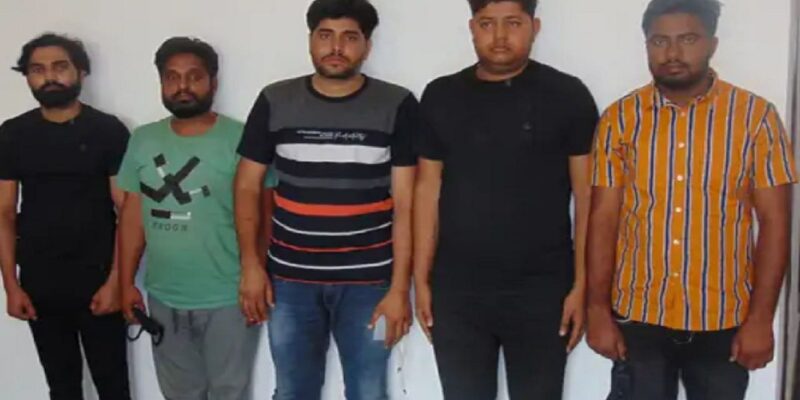 The masterminds of Rajasthan REET paper leak, Battilal Meena and Shiva were arrested by the team of SOG (Special Operation Group) from Kedarnath in Uttarakhand. When Battilal was returning after visiting the temple, he was caught. After which the team took him from Uttarakhand to Jaipur on Monday. During the interrogation of SOG here, he also gave information about three other accused related to the paper leak case. After which the team has arrested these three accused related to this case from Agra. It has been found in the investigation that all these three had given the paper to Battilal. SOG has so far arrested 19 people in this case.

ADG Ashok Rathod told that after questioning Battilal Meena, it was found that the paper was given to him by Prithviraj Meena, Ravi Pagdi and Ravi Jeenapur. All three were found to be in Agra. Then a team was sent to Agra. Where SOG arrested all three from Agra and brought them here on Monday afternoon.

In police interrogation, it has been found that the wires of this whole mess are related to the infamous Vishnoi gang, which copied Jalore-Barmer and leaked the paper. One of the accused arrested on Monday has confessed that he had bought the paper from Vishnoi gang for Rs 40 lakh. Later, Rs 12-12 lakh was distributed to 18 candidates.

Reit’s exam was on 26th September

REET took place on 26 September. The paper was out only one and a half hours ago at the examination center in Gangapur City. When SOG started investigating the matter, one by one the link kept on opening. The police had arrested many people associated with the gang including constable, head constable. In the investigation, it was found that the mastermind Battilal Meena alias Vikas Meena is resident of Acher, Khandar Sawai Madhopur. The police was looking for him for 15 days. Battilal escaped and went to MP first. From there he reached Delhi. Then went to Uttarakhand. From there he reached Kedarnath where SOG also followed him. And when he was returning after visiting the temple, then he was caught.

Also read- Rajasthan: Where will someone keep the material purchased from Rs 120-130 crore? After ED’s inquiry, Agrasen, brother of CM Ashok Gehlot said