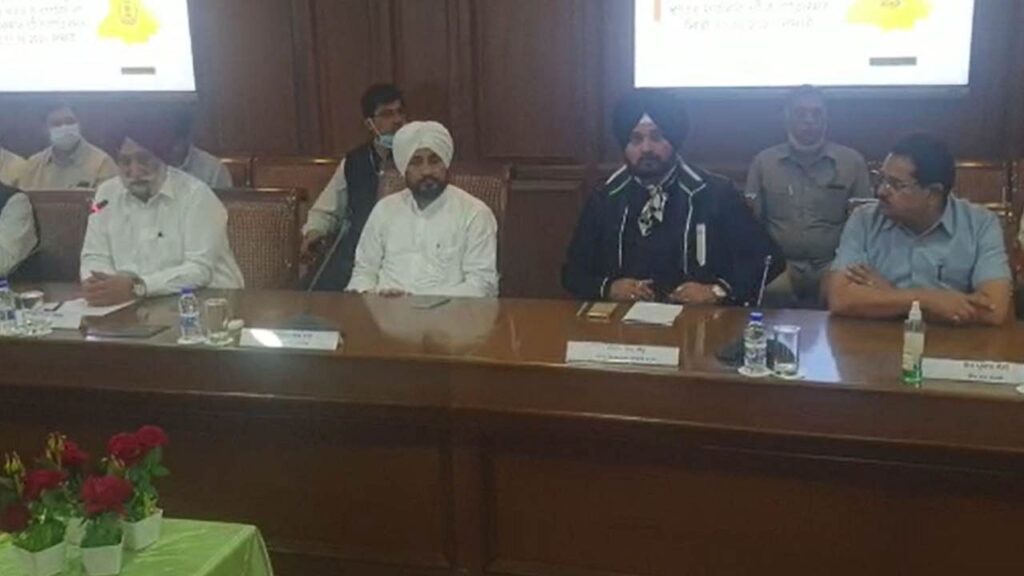 Punjab CM Charanjit Singh Channi has called an all-party meeting against the order of the Central Government to increase the jurisdiction of BSF in Punjab from 15 km adjacent to the border to 50 km. Navjot Singh Sidhu has attended this meeting as Punjab Congress President. Apart from this, many leaders of Aam Aadmi Party, Shiromani Akali Dal, Lok Insaaf Party and Shiromani Akali Dal (United) also attended the meeting. At the same time, the Bharatiya Janata Party boycotted this meeting despite the call being sent.

In Punjab, the Congress-led Punjab government is continuously opposing the decision of the Central Government to give the Border Security Force (BSF) the power to search, seize and arrest in a large area of ​​50 km instead of the current 15 km from the International Border. . The Punjab government has termed this decision of the central government as an encroachment on the rights of the states. Also, this decision has been termed as unilateral and undemocratic.

This decision is also being considered very important in view of the upcoming Punjab Assembly elections. The opposition parties of the central government are trying to prove this decision against the interest of Punjabis. In the resolution passed in the meeting of the Congress Working Committee (CWC), it has been said with various parties and parties to compel the government to withdraw this notification.

Also read- Supreme Court seeks response from Center regarding the construction location of Central Vista Project, the matter is related to the location of PM-Vice President’s residence