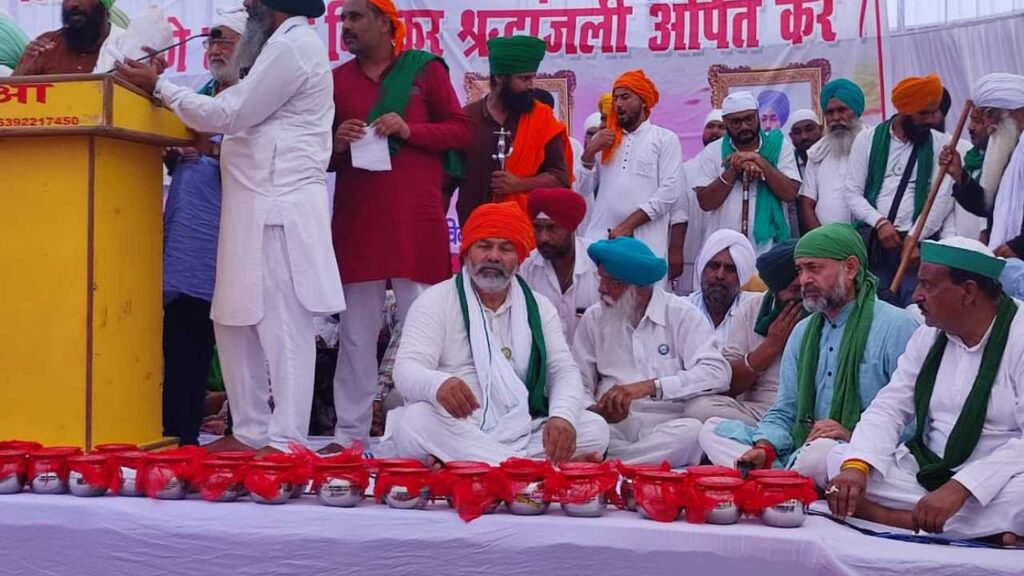 He said, “Today is the last prayer of the farmers. The tragic incident of October 3 was seen by all, the videos came later due to the shutdown of the net. The farmers were going back, if the video had not been there, the farmers would have been considered guilty. Everyone saw that it was the minister’s fault, he had already threatened.”

The agitation will continue till the minister is not sent to jail.

Rakesh Tikait further said, “The minister’s panic is in the area. Our demand is not wrong. The decision was taken on the 4th, there were 10 thousand people in it, all the officers were present. The decision was taken with the consent of all the people. Our agitation will continue till the time a case is registered against the Minister of State for Home Affairs and he is not arrested and removed from the post and sent to Agra jail.

Rakesh Tikait also targeted the arrest of Ashish Mishra. Rakesh Tikait said, “This arrest that has happened is a red carpet arrest. Bouquet based remand. No police officer has the courage to interrogate the son of the Minister of State for Home? Is there any inquiry by putting the garland? Unless both of them are locked in the police station and interrogated, the investigation will not be done properly. Farmers were crushed by putting 4X4 gears of Thar car. More than 20 people are injured. The effigy will be burnt on the 15th. On October 18, from 10 am to 6 pm, the train will remain closed for 8 hours. There will be a big panchayat in Lucknow on 26th.

Rakesh Tikait said, Delhi’s agitation will continue. Our struggle will continue. The government wants to get into a fight. accuses us. We have to avoid this. Those who have videos, send them to the people of the organization and to the Gurudwara. Saint Mahatma and lakhs of people are involved in the movement.

Also read- Good News! Now children will also get the vaccine, children from 2 to 18 years got approval to apply the vaccine