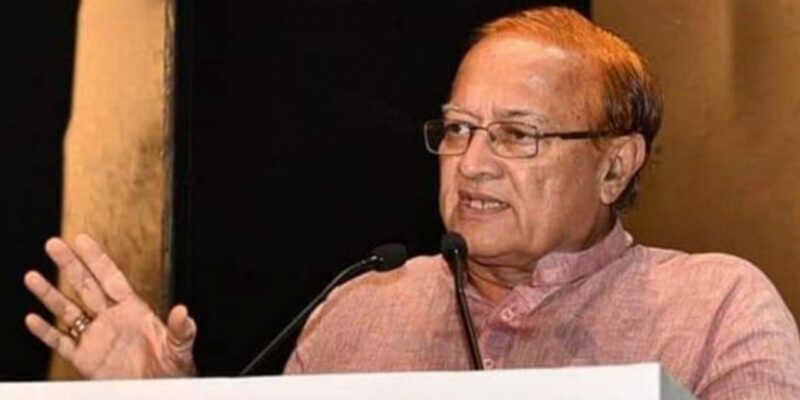 Energy Minister of Rajasthan Dr. B. D. Kalla said on Thursday that the current power supply crisis is not of electricity, but of coal, which has arisen due to companies not providing coal rakes to Rajasthan as per the agreement. Dr Kalla said in a statement that the State Government is continuously coordinating with the Union Ministry of Power and Coal to overcome the shortfall in production in thermal power generation plants due to short supply of coal from the Central Government.

He said, “In reality, the decline in power generation in thermal power plants of the state is not power but coal crisis, which has arisen due to shortfall in supply of coal at the central government level,” he said. It also clarified that there is no dues of Coal India companies with the state government, time bound payment is being made by the state in lieu of supply of coal.

Regarding the shortfall in the supply of coal, Dr. Kalla said that Rajasthan has an agreement to supply 11.5 rakes of coal per day with two companies of Coal India, NCL and SECL, but due to rain water in the mines, it has been a long time. On an average, only 5.38 rakes are being supplied per day (October 1 to October 13) to Rajasthan as compared to the daily demand of thermal plants here.

How and when will this crisis end?

Along with this, he said that the companies of Coal India have arrears in the state government, such misleading things are being publicized, but in reality, National Coalfields Limited (NCL) does not owe any money. He said that advance payment to this company has also been started by the state government from September 2021.

The Energy Minister said that due to non-supply of coal to the state as per the agreement agreed by Coal India Limited, action is being taken by the state government to take additional rakes of coal from coal blocks Parsa East and Kanta Basin of Rajasthan Vidyut Utpadan Nigam Limited. has been.

read this also: For the first time in Jodhpur, the criminal of a dozen cases including the encounter of history-sheeter, murder and robbery was shot by the police on the middle road.

Big initiative of Chhattisgarh government! Medicines will be available at half the price of MRP at 188 shops in 169 cities

Seeing women as goddesses can help check crime against them: CM Yogi Adityanath