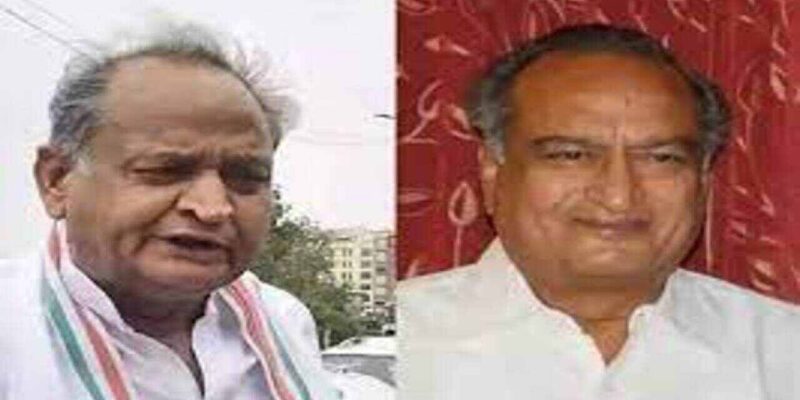 Agrasen is the elder brother of Chief Minister Ashok Gehlot.

The ED is continuously questioning Agrasen Gehlot, brother of Rajasthan Chief Minister Ashok Gehlot. Today on Monday also, the ED made an inquiry in Delhi regarding the Fertilizer scam. After which Aggression said that I answered all his questions.

After interrogation in the fertilizer scam, Agrasen Gehlot said that those who accused me of Rs 120-130 crore scam against me should know how much material someone can buy with so much money and where will he keep it. In this case, Agrasen Gehlot has been questioned for the third time in the last 15 days on 27 September, 30 September and today 11 October. Even today, Agrasen Gehlot had gone to Delhi on the call of the ED where he was questioned about the export of subsidized fertilizers to farmers.

Raids were conducted on the premises of Agrasen Gehlot

The ED had last raided the premises of Agrasen Gehlot in July in many places including Rajasthan. In fact, the ED raided the house, office and other places of Gehlot’s brother Agresan Gehlot in the fertilizer scam case. Along with Rajasthan, action was taken simultaneously in ED Mumbai, Gujarat and West Bengal regarding the fertilizer scam. Chief Minister Ashok Gehlot’s elder brother Agrasen Gehlot has a business of fertilizers and there are shops and other establishments related to it in Jodhpur.

Agrasen’s job is to keep potash and distribute it to the farmers.

According to the information, this fertilizer scam is from the time of the UPA government. At that time, the ED had registered a case in this regard on the basis of the case registered by the Central Investigation Agency (DRI) in this case. Agrasen Gehlot’s company ‘Anupam Krishi’ has the job of storing potash i.e. fertilizer and distributing it among the farmers. This potash was imported from abroad on behalf of Indian Potash Limited and given cheaply to Anupam Agriculture Company with government subsidy.

It is alleged that instead of giving this subsidized cheap fertilizer to the farmers, the company exported it abroad. To export it, Agrasen Gehlot had resorted to forged documents. It is also alleged that Agrasen Gehlot sold potash to other people who illegally exported it to Malaysia and Singapore in the name of industrial salt while there was a ban on Indian potash being sent out of India.

Vaccination for children is very effective, no evidence has been found so far in any study – Delhi AIIMS Professor Dr Sanjay Rai

Agriculture in India needs a new carbon policy, why?