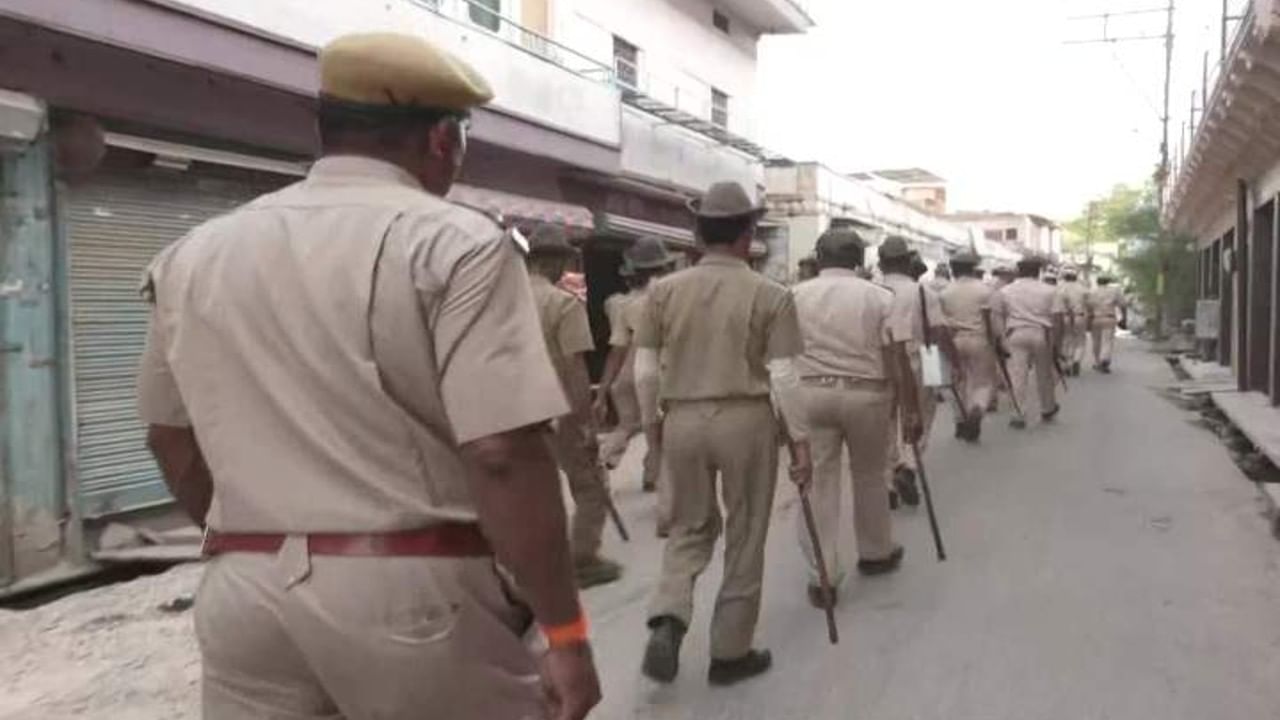 Around 1,000 policemen along with top officials have been deployed to monitor the situation in the city. In view of the situation not worsening, the mobile internet service has been stopped for the time being.

Curfew has been imposed in 10 police station areas on Tuesday following communal tension in Jodhpur city of Rajasthan and police have arrested 97 people in connection with incidents of riots. At the same time, Chief Minister Ashok Gehlot appealed to the people to maintain peace and harmony during the day and directed the officials to take strict action against the anti-social elements responsible for such incidents.

Chief Minister Gehlot told a news channel late in the evening that it was the BJP’s agenda to defame him. He said, it is their job to incite Hindu-Muslim riots. For how long can you do politics in the name of polarisation? This country belongs to all religions, belongs to all castes and Prime Minister Narendra Modi and the central government also have to understand this.

Around 1,000 policemen along with top officials have been deployed to monitor the situation in the city. In view of the situation not worsening, the mobile internet service has been stopped for the time being.

Minister of State for Home Rajendra Yadav, who reached Jodhpur on the instructions of the Chief Minister, said that three people injured in the incident have been admitted to the hospital while 12-15 people have been discharged after first aid.

“We will hold a meeting with the officials to discuss all aspects of the incident,” he said. If any officer does not share correct information with the government, then he will be removed. The incident will be investigated from all angles and no culprit will be spared.

Additional Director General of Police (Law and Order) Hawa Singh Ghumaria, who reached Jodhpur, said, curfew is being strictly followed. Around 1,000 policemen have been deployed along with top officers to keep an eye on the situation. According to official sources, 97 people have been arrested in connection with the incidents of rioting while efforts are on to identify others.

According to the order of the magistrate, it is necessary to impose curfew to maintain peace and law and order and to keep life in order.

On the other hand, the Divisional Commissioner has issued an order temporarily suspending internet services in the entire Jodhpur district till further orders so that rumors can be stopped from spreading.

In Jaipur, Chief Minister Gehlot reviewed the situation in a high-level meeting with top officials of police and administration. He directed to identify the anti-social elements responsible for the incidents which harm the communal harmony and brotherhood and take strict action against them.

According to an official spokesperson, the Chief Minister termed the incident in Jodhpur as unfortunate and said that the incident affecting the communal harmony damages the peace and law and order in the society.

Appealing to the people to maintain peace, the Chief Minister said that the criminal, irrespective of religion, caste or class, should not be spared if he is found to be involved in the crime.

According to the information, the controversy started after midnight on Monday when people from the minority community allegedly raised a religious flag on the statue of freedom fighter Balmukund Bissa installed at a circle in the city, which was opposed by the people of the Hindu community. . People of the Hindu community allege that the saffron flag installed on Parshuram Jayanti was replaced with an Islamic flag and there was a clash between the people of both the communities.

Police said that the situation was brought under control but on Tuesday morning after Eid prayers at Idgah near Jalori Gate, some people pelted stones at vehicles, houses and shops parked there.

It is noteworthy that Jodhpur is the home town of Chief Minister Ashok Gehlot and Tuesday was also his birthday, but in view of the developments in Jodhpur, the proposed birthday programs at the Chief Minister’s residence in Jaipur were canceled.

After Chief Minister Gehlot told the BJP agenda to defame today’s violence, the Bharatiya Janata Party hit out at the Congress-led government in the state over the law and order situation. The BJP had launched a scathing attack on the Gehlot-led government during the day as well.

Former Chief Minister Vasundhara Raje said that the government should refrain from the policy of caution and appeasement. He said that after Banra, Karauli and Rajgarh, now an incident of communal tension has also taken place in the Chief Minister’s home district Jodhpur.

Raje said that the incident of unloading the saffron flag on the statue of freedom fighter Bissa makes it clear that this religious frenzy spread in the state is the result of the appeasement culture of the Congress government.

BJP state president Satish Poonia also condemned the installation of Islamic flag on the statue of the freedom fighter. In a video statement, he said in a video statement, the Islamic flag was raised by removing the saffron flag from the statue of freedom fighter Balmukund Bissa ji in Jodhpur and the manner in which the violence was carried out clearly shows that the appeasement attitude of the Congress party government is being taken against it. Will be the biggest reason for drowning.

Union Minister and MP from Jodhpur Gajendra Singh Shekhawat on Tuesday claimed that the police is working under pressure. He said, if effective action is not taken in this matter, then we will all together stage a dharna at Jalori Gate and force the administration to take action against anti-social elements who are disturbing the peace and brotherhood of Jodhpur.

Local BJP MLA Suryakanta Vyas said, they put a flag on the statue of Bissa, we have strong objection to this. We will not forget it.

It is noteworthy that on April 2, some anti-social elements pelted stones on a bike rally being taken out by Hindu organizations on Nav Samvatsar in Karauli, after which there was an incident of arson.