Rajasthan: Son asks poor mother for Rs 20000 for mobile… shoots himself for not giving 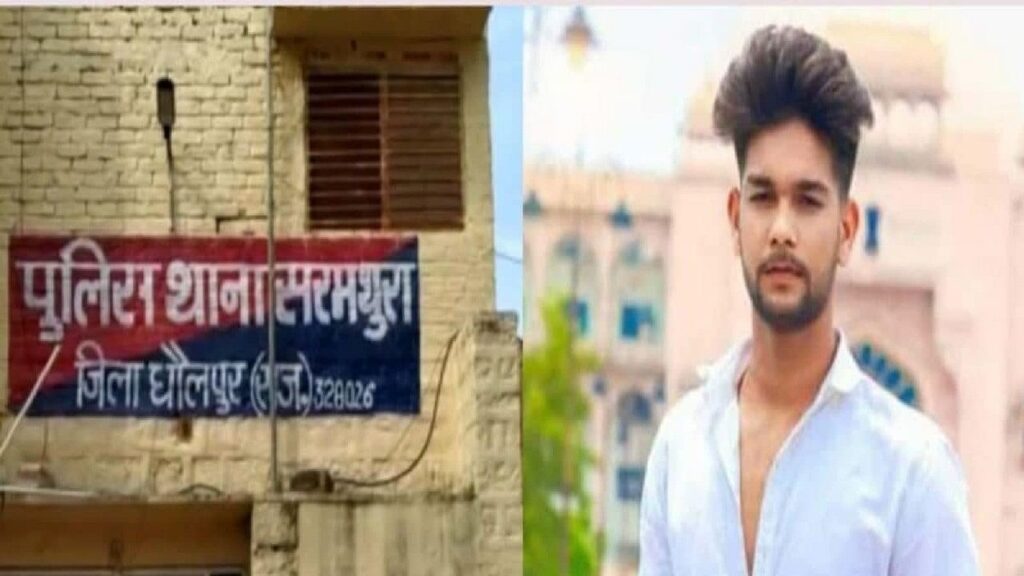 An 18-year-old youth, a resident of Bijhauli village of Sarmathura police station area of ​​Dholpur district, shot and committed suicide due to non-fulfillment of the insistence of 20 thousand mobile phone from his mother.

The young man shot himself after not getting the mobile

Often you must have heard that the blood of the children of today’s generation is so hot that without thinking anything, they become complacent. Rajasthan (Rajasthan) K Dholpur (dholpur) One such astonishing case has come to light from the district where children are given pampered mobiles. (mobile) It became the cause of death of an 18-year-old youth. Sarmathura police station area of ​​Dholpur district (sarmathura police station) A young man living in Bijhauli village gave his life due to strange stubbornness. In fact, 18-year-old Prashant, a resident of the village, had demanded a mobile of 20 thousand from his mother, which the family members were reluctant to get it due to some compulsion.

According to media reports, the young man got angry and committed suicide by shooting himself with a gun on Thursday night after his mother refused for the mobile.

Mother give me a mobile of 20 thousand!

Police said in this case that 18-year-old Prashant son Sangram Singh insisted on getting a mobile worth 20 thousand from his mother on Wednesday, but due to lack of money, the mother could not fulfill this insistence of the son. In such a situation, the mother assured to give money for the son from his father.

But nature had something else approved, the young man got angry after hearing this from his mother and set fire to his book and household items. The police told that seeing this anger of her son, the mother gave him 8 thousand rupees but the anger of the young man did not subside.

The young man picked up the gun and shot him

According to the reports, the young man shot himself with a gun in anger in the evening. After being shot, the people of the village took him to the Sarmathura hospital in an injured condition, where the doctors declared the young man dead in the hospital.

Let us inform that during this time the father of the young man had gone to Jaipur for wages. At the same time, the deceased youth has two brothers and a sister who study in the school. After coming to the fore of this incident, everyone in the surrounding village is shocked and inconsolable. The family has performed the last rites of the young man, but since the incident, the young man’s mother is crying and crying.