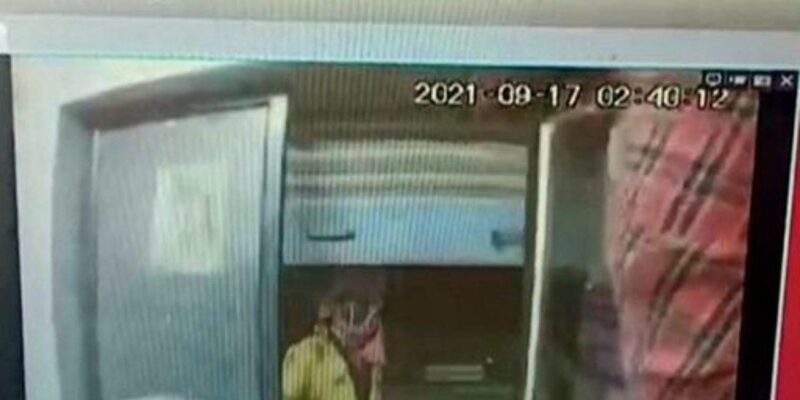 A big case of robbery has come to the fore in Jhunjhunu, Rajasthan. Three masked miscreants uprooted an ATM full of 22 lakh rupees in just 3 minutes.

A big case of ATM Robbery has come to the fore in Jhunjhunu, Rajasthan. Three masked miscreants uprooted an ATM full of 22 lakh rupees in just 3 minutes. This incident of robbery was captured in the CCTV installed nearby. This incident is being told of 17 September. In the Buhana area, the miscreants carried out this robbery. In Jhunjhunu district, the incident of ATM Robbery is coming to the fore. According to the news, this is the fifth robbery incident in a month. Fearless miscreants uprooted an ATM full of money in just 3 minutes.

According to the news, 3 masked miscreants reached the Buhana area on the late night of 17 September at 2.40 pm, the miscreants who arrived by SUV vehicle weakened the base under the ATM by hitting an iron rod. After that he tied the ATM to the Scorpio (ATM Robbery By Scorpio) through a rope and then uprooted the vehicle after diving it in speed. The entire incident was captured in the CCTV installed there.

The miscreants looted the ATM machine filled with money

It can be clearly seen in the footage that after dismantling the ATM, the miscreants put him on the back seat of the car. As soon as the siren of the ATM rang, the miscreants, showing promptness, cut the strings of the siren. In this way, the miscreants escaped after robbing an ATM filled with Rs 22 lakh. It is being told that this is the fifth incident of ATM robbery in Jhunjhunu in a month. But still the robbers have not yet been able to get into the hands of the police.

3 masked men carried out the robbery

So that’s why LPG gas cylinders are getting expensive, subsidy reduced four times in a year, this was revealed by RTI

One such healthy habit can thwart your weight loss efforts, know