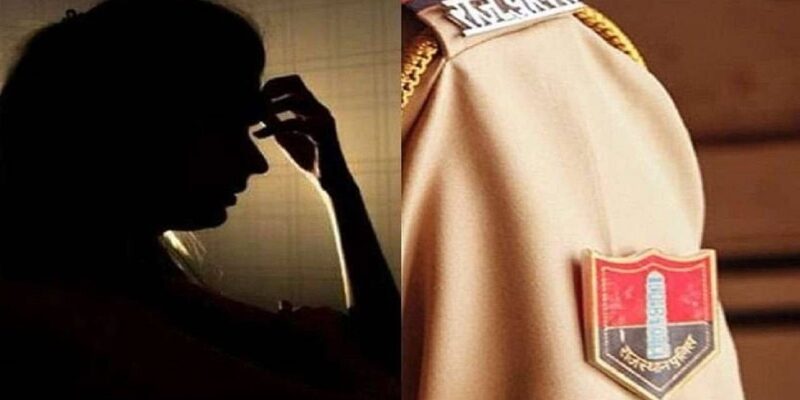 The Rajasthan government has dismissed the suspended deputy superintendent and woman constable from service, both of whom were allegedly caught in an obscene video clip. (viral video clips) After the constable’s minor son was arrested after being shown to be involved in sexual activities.

Director General of Police ML Lather confirmed that both have been dismissed from service. Lather said, “The order to sack him will be given today. Sources said that such a big step has been taken after getting approval from the Chief Minister’s Office against two policemen currently in judicial custody.

This action has been taken under the Rajasthan Civil Services Rules. After the video went viral, the police department suspended both the personnel on September 8. The investigation was entrusted to the Special Operations Group (SOG) which registered a case against Rajasthan Police Service (RPS) officer Hira Lal Saini and arrested him on September 9. The woman constable was arrested on September 12.

According to the police, the video clip was shot on July 10 from a constable’s mobile phone at a resort in Pushkar town of Ajmer district. When she was arrested, Saini was posted as circle officer in the circle office in Ajmer, while the woman constable was posted in Jaipur. Police took suo motu cognizance of the video going viral on social media and arrested Saini, a case was registered at the Cyber ​​Crime Station of SOG under the Protection of Children from Sexual Offenses (POCSO) Act. Besides Saini and the constable, two other RPS officers and SHOs of two police stations in Jaipur and Nagaur were also suspended for dereliction of duty.

An obscene video of a police officer and a woman constable from Ajmer, Rajasthan went viral. Actually this case is of Ajmer district. The name of the police officer is Hiralal Saini and he was on the post of DSP in Beawar of Ajmer district. This complaint was made against them a month ago. After the investigation, now DGP ML Lather suspended the DSP. Along with this, the female constable has also been suspended, she was posted in the Jaipur Commissionerate.
According to the police, both of them were seen doing obscene acts in this video. At the time when the police officers and women constables were doing these obscene acts. At that time the woman’s son was also present there and seeing him too, the police officer made obscene gestures. After the video went viral, the woman constable’s husband complained to the department. After which the department took action against both and suspended both of them.

Not frozen in Test cricket, World champion made in ODI