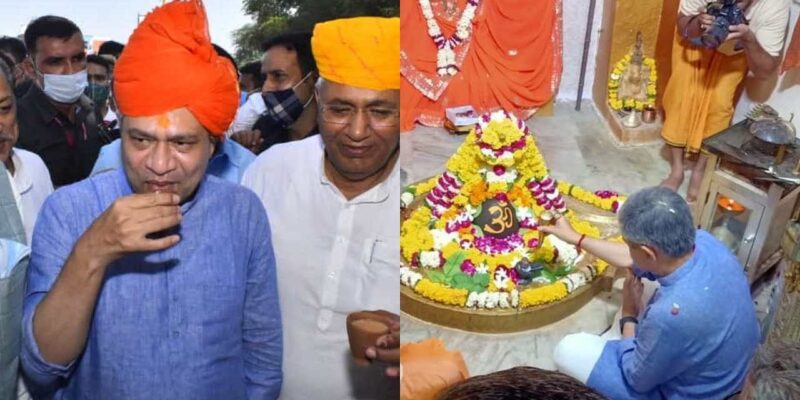 Union Minister Ashwini Vaishnav (Railway Minister Ashwini Vaishnav) enjoyed tea with the workers at the Dhaba today. This morning he was going from Pali in Rajasthan towards Sumerpur. Then suddenly on the way, he stopped the car in Kirwa. During this, the minister reached the dhaba after getting down. He himself put a boil in the tea kept on the gas (Minister Boil Tea). After that everyone sipped tea. Then the minister went ahead with his scheduled programs. Ashwani Vaishnav addressed a press conference in Pali before leaving for Sumerpur.

During the press conference, Ashwani Vaishnav informed people about the use of social media. He discussed its use as well as misuse. The minister said that whenever a new technology comes, it is misused along with its use. To avoid misuse, it should be used by making a balance. At the same time, he also mentioned about the work to be done on filling water in the underbridge from place to place. The minister said that the problem will be resolved soon.

‘Rail facilities will be expanded’

Minister Ashwani Vaishnav said that according to the expectations of western Rajasthan, railway facilities will be expanded. Along with this, he said that the physique of railways has changed under the Modi government. He said that today there is a lot of cleanliness from the railway station to the trains. Now the facilities will be further expanded. Let us tell you that around 9 o’clock in the morning, Ashwani Vaishnav Somnath Mahadev had reached the temple for darshan. After worshiping God, he reached Juni Kachari on foot. During this people greeted him.

Wreath on the statue of Maharana Pratap

After reaching Juni Kachari, Minister Ashwani Vaishnav garlanded the statue of Maharana Pratap. He said that he is very happy to come to the birthplace of Maharana Pratap, who gave birth to heroes. The minister said that whatever he has to do for this earth, he will definitely do it. After that he left for Sumerpur.

Also read-Rajasthan Rain Update: Monsoon stopped before farewell, will be active again from October 6; It will rain till October 15

Libra vs Capricorn: Which is the strongest zodiac sign with an attractive personality?