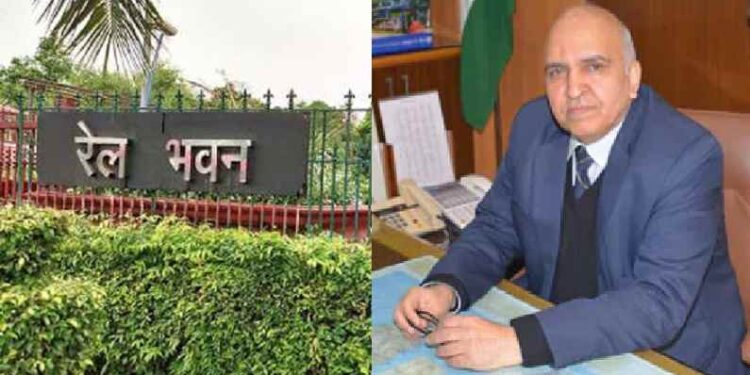 The Chairman of the Railway Board said that 889 special trains are being run in the country. According to the need of the passengers, train services are being increased. We have run many trains in May and June.

Railway Board Chairman and CEO Sunit Sharma is holding a press conference regarding the achievements of the Railways. He said that 889 trains are being run in the country at present and there is a plan to run 100 more trains in the next 5 to 6 days. He started the press conference with the figures related to setting a record in freight traffic and said that Indian Railways has made a record in freight traffic.

When will all railway trains come on track and when will other services be restored…. In response to this question, he said that before the second peak of Corona, we were continuously increasing the train services and at one time reached 1500 trains. 1500 trains were being run in the country. But due to Corona’s peak and restrictions, trains had to be reduced. At present 889 trains are running and there is a plan to run 100 new trains within next 5 to 6 days. He said that food has been provided to the passengers through Meals on Wheels and IRCTC Food.

What is the stand of Railways on short distance special trains?

Chairman Sunit Sharma said that maximum number of trains are being run for Uttar Pradesh and Bihar. We are also continuously reviewing short distance trains with flexi fare. Trains will be run on the basis of demand and relaxation in restrictions.

Will Vande Bharat Express be run on other routes also?

Oxygen Express being delivered to every part of the country

Regarding Oxygen Express, Railway Board Chairman said that Indian Railways started its work 44 days ago on 24 April with the delivery of 126 metric tonnes of liquid medical oxygen in Maharashtra. It has been the endeavor of Indian Railways to deliver as much oxygen as possible to the states requesting oxygen in the shortest possible time. Indian Railways continues to deliver Liquid Medical Oxygen (LMO) to various states of the country by overcoming all hurdles and devising innovative solutions.