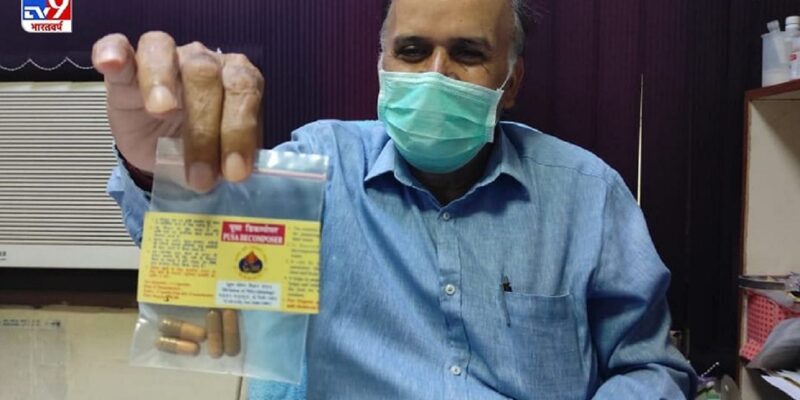 There has been a significant reduction in the incidents of stubble burning this year. However, the peak season is yet to come. But agricultural scientists and governments hope that farmers will no longer burn stubble in large quantities as before. Awareness has been made at all levels about the damage caused by stubble burning. At the same time, scientists have invented alternative methods, which farmers are using.

Although farmers across the country burn stubble after harvesting paddy with a combine, the highest number of incidents occur in Punjab, Haryana and western Uttar Pradesh. But the farmers here are now using Pusa decomposer. By using this, the harm to the environment can be avoided, as well as the fertilizer power of the field also increases. In a way, it is a profitable deal for the farmers.

How to prepare Pusa decomposer

Pusa decomposer solution is prepared and sprayed in the fields. To prepare the solution, 25 liters of water is boiled with jaggery and then left to cool. After this, gram flour and a capsule containing fungi are added to it. Then these utensils are covered with muslin cloth and left for three to four days so that the fungus can grow in it.

10 liters of solution needed in one acre

After this it is sprayed in the field. For spraying in one acre, 10 liters of solution is required. It takes a week to prepare the solution and 15 days to convert the stubble into manure after spraying. This is a process of about a month. If decomposer of Pusa is not used after harvesting paddy on time, then sowing of upcoming crops may be delayed.

Increases the fertilizer capacity of the soil

Farmers who spray in the field tell that we get Pusa decomposer in at least 10 days and after spraying we have to wait for about 15 days to convert the stubble into manure. Then leave the field like this for a few days before plowing. After this whole process, the stubble turns into manure. According to experts, the use of Pusa decomposer increases the amount of carbon and nitrogen in the soil. Farmers get the benefit of this by taking more yield than the next crop.

Also read- You can earn big by making milk at home, due to being rich in nutrition, there is a lot of demand

Navratri Special: Must visit these Durga temples in India