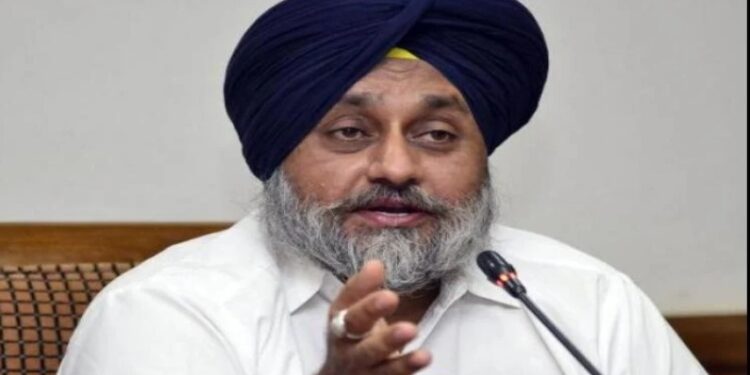 The state president of the Aam Aadmi Party (AAP) said on Monday that the Congress government led by Captain Amarinder Singh has created a record of scams even during the COVID epidemic.

Shiromani Akali Dal (SAD) in Punjab President On Monday, a case was registered against 200 people, including Sukhbir Singh Badal and several senior leaders of the Aam Aadmi Party (AAP), for violating the Corona rules. This happened when Akali Dal and AAP party members protested outside Health Minister Balbir Singh Sidhu’s house in Mohali, in which the Punjab government has given Corona Vaccine to private hospitals. His dismissal was sought over the alleged sale of Rs.

Chief Minister Captain Amarinder Singh had directed the Director General of Police to register a case under the Disaster Management Act against the opposition leaders and activists who have been protesting in the state for the last few days. Terming such acts of the Akali Dal and AAP as irresponsible and in violation of the stringent restrictions in the state in view of the spread of the pandemic, the Chief Minister asked DGP Dinkar Gupta to take action against them under law.

‘Congress made a record of scams even during COVID’

The AAP on Monday accused the Punjab government of cheating in the purchase of ‘Fateh’ kits, which are used to treat corona patients. AAP state president and MP Bhagwant Mann and MLA in charge of Delhi and Punjab affairs Jarnail Singh said on Monday that the Amarinder Singh-led Congress government has created a record of scams even during the Covid pandemic.

Earlier, Akali Dal chief Sukhbir Singh Badal had sought a High Court-monitored inquiry into the alleged sale of Corona vaccine doses by the Punjab government to private hospitals for profit. Badal had said that ‘Punjab government is getting corona vaccine for Rs 400, but it is selling it to private hospitals for Rs 1,060’. A case should be registered against Health Minister Balbir Singh Sidhu for selling the common man’s vaccine to private institutions at high prices.

read this also – Vaccination: People who get vaccinated will be able to go abroad, discussion is going on in 60 countries including WHO, read full report

read this also – Monsoon 2021 Update: Monsoon may knock in eastern India by June 13, heavy rain alert in these states