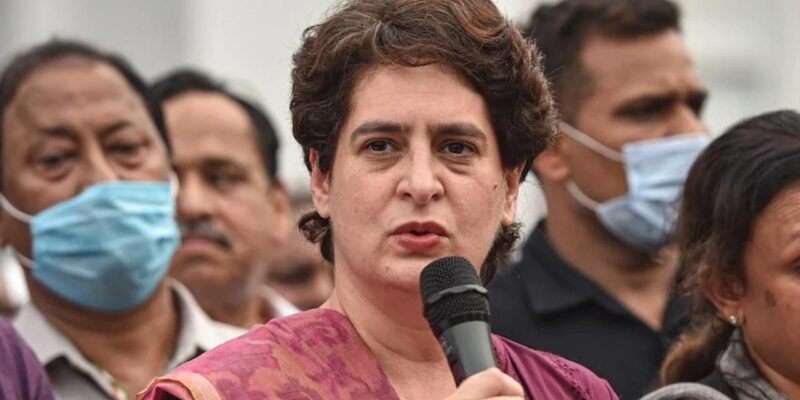 Assembly elections are to be held in Uttar Pradesh next year and Congress has started its preparation from now on. Before the assembly elections in the state, Congress’s National General Secretary Priyanka Gandhi is going to hold a Kisan Nyay rally in PM Narendra Modi’s parliamentary constituency, Banaras today. In this rally, Priyanka Gandhi will surround the Yogi Adityanath government of the state by demanding the dismissal of Union Minister of State for Home Ajay Kumar Mishra ‘Theni’ in the Lakhimpur Kheri case. At the same time, she will also demand the withdrawal of three agricultural laws.

The party linked the rally with the farmers

In fact, the Congress wants to establish itself in the state through issues related to farmers and agriculture. Therefore, the theme of this rally has also been kept farmers and agriculture. Congress’s Uttar Pradesh unit president Ajay Kumar Lallu and Legislature Party leader Aradhana Mishra ‘Mona’ released posters for this. In these posters, there has been a demand for the dismissal of Union Minister of State for Home Ajay Kumar Mishra ‘Teni’ and withdrawal of three black agricultural laws.

Priyanka Gandhi engaged in UP elections

read this also: Lakhimpur Kheri violence: How was the first night of Union Minister of State for Home Ashish in jail? Police will file application for remand tomorrow

Kolkata Durga Puja: Corona vaccine will not be administered during Durga Puja in Kolkata, vaccination will be closed for 4 days

Integrated pest management: Understand the integrated disease management of wheat diseases and nematodes, it is important to know for good yield