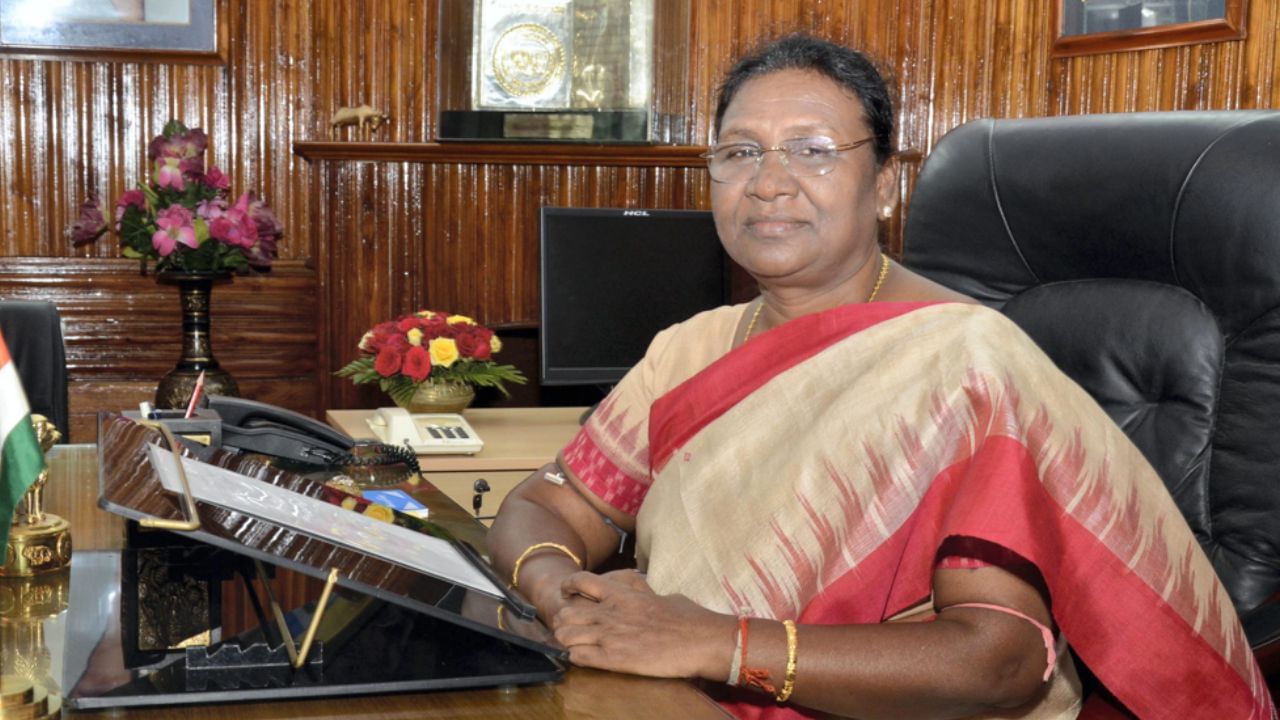 NDA’s presidential candidate in Odisha Draupadi Murmu (NDAs Presidential Candidate Draupadi Murmu) cleaned the Shiva temple in Rairangpur with a broom and then offered prayers. Earlier, he had worshiped in the Jagannath temple of Rairangpur itself. Let us tell you that the Central Government has given Draupadi Murmu from today the Central Reserve Police Force (Central Reserve Police Force).CRPF) is provided 24 hours Z plus (Z+) category security by the jawans. From a junior assistant in the Irrigation and Power department in Odisha to being nominated as the BJP-led NDA’s presidential nominee, tribal leader Draupadi Murmu has had a long and difficult journey. If elected, Murmu will be the first President of India to belong to the tribal community.

His candidature was announced by party president Jagat Prakash Nadda on Tuesday after a meeting of the Parliamentary Board, the highest policy-making body of the BJP. Born in the Santhal community, Murmu started her political career as a councilor in Rairangpur Nagar Panchayat in 1997 and became a minister in the Odisha government in the year 2000. Later he also took over the responsibility of the Governor of Jharkhand in 2015. Murmu, a two-time MLA from Rairangpur, had held on to her assembly seat in 2009 even after the BJD broke ties with the BJP a few weeks before the state elections, in which Chief Minister Naveen Patnaik’s party BJD won. Born on June 20, 1958, Murmu also holds the distinction of becoming the first woman governor of Jharkhand.

Hailing from a highly backward and remote district, Murmu, battling poverty and other problems, graduated in arts from Ramadevi Women’s College in Bhubaneswar and started her career as a junior assistant in the Odisha government’s irrigation and power department. Murmu was awarded the Neelkanth Award for the best MLA of the year by the Odisha Legislative Assembly in 2007. He has experience in handling ministries like Transport, Commerce, Fisheries and Animal Husbandry in the Government of Odisha.


Murmu was also the vice-president and later president of the Scheduled Tribes Morcha of the Odisha unit of the BJP. He was also nominated as a member of BJP National Executive (ST Morcha) in 2013. Murmu was married to Shyam Charan Murmu and the couple had three children. Had two sons and a daughter. Murmu’s life has been full of personal tragedies as she has lost her husband and both sons. His daughter Itishree is married to Ganesh Hembram.