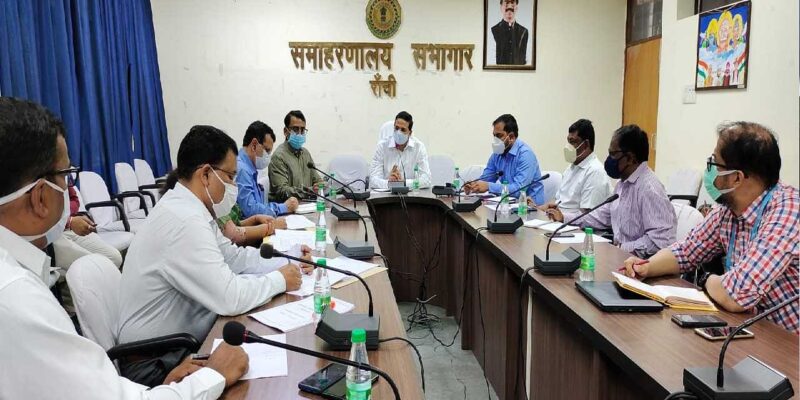 In view of the possibility of a third wave of corona amidst the decreasing daily cases of corona in the country, preparations have been intensified in the capital Ranchi as well. To review the preparations, a meeting of the district level COVID Task Force was organized under the chairmanship of Ranchi Deputy Commissioner Chhavi Ranjan. In view of the possibility of third wave of corona during the meeting, the Deputy Commissioner has given instructions to complete the preparations in the COVID hospitals. He has directed all the hospitals to be functional.

Instruction given to Civil Surgeon

Deputy Commissioner Chhavi Ranjan gave directions to the concerned officials regarding the deputation of doctors, nurses, paramedical staff in hospitals. Apart from this, the Civil Surgeon has been instructed to ensure its availability in view of the need for logistics and ambulance.

Ranchi Deputy Commissioner said that training of all health workers should be ensured to deal with the situation during corona infection. Along with this, the Civil Surgeon has been instructed to provide the list of health workers for orientation and training at the earliest.

Read also: Ranchi: The uproar started as soon as the meeting of the Ranchi Municipal Corporation board started, the mayor and deputy mayor sitting on a dharna with the councilors

A biscuit changed the fate of a woman, got an idea that she became a millionaire overnight