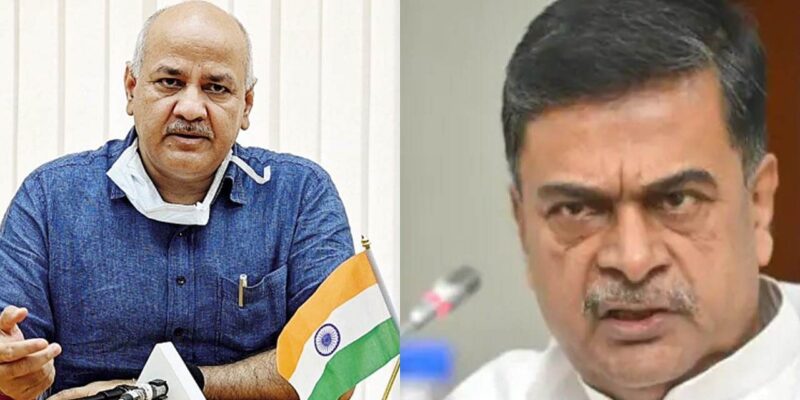 Delhi Deputy CM Manish Sisodia has termed the statement of the Energy Minister as irresponsible. He said that the country’s Energy Minister has rejected any kind of shortage of coal.

Manish Sisodia said that it is clear from the statement of the Energy Minister that BJP is not able to run the central government, that is why he is running away. The Deputy CM of Delhi taunted that he had said the same thing even at the time of shortage of oxygen in the country. Manish Sisodia alleged that due to this attitude of the Centre, thousands of people had lost their lives. Once again a similar situation has arisen in the country. The Deputy CM said that a big coal crisis has arisen. This will have an impact on electricity generation.

‘There is no coal production in Delhi’

Manish Sisodia said that along with Delhi, the CM of Andhra Pradesh has also written a letter to PM Modi on the coal crisis. He said that the condition of UP and Gujarat is also the same. The CMs of both the states are also demanding coal from the Centre. Sisodia said that coal is not produced in Delhi. That is why there is nothing in the hands of Delhi government. That is why he is repeatedly appealing to the Center to accept this challenge and find a solution to it.

Manish Sisodia said that for the last 3-4 days, CMs across the country have been warning the Center about the coal crisis, in the midst of all this, today the Union Power Minister dismissed the possibility of crisis in the press conference, he said that the CM of Delhi should You should not write a letter. He says that I am sad that the Union Minister is taking such an irresponsible approach, at a time when CMs across the country are warning the Center, at such a time they are saying that there is no crisis.

Energy Minister said – there is no shortage of coal

The Deputy CM of Delhi said that today the central government is shamelessly saying that there is no crisis. The policy of closing eyes has created trouble in the past as well. IT Crisis Industrial Crisis, this is all kind of crisis, they want to push the country into pit Understand this crisis, governments run with cooperation.

Let us tell you that there are reports of power shortage in Delhi. On Saturday, Tata Power sent a message to the consumers. It was said in the message that the supply will be affected from 2 pm to 6 pm. In the northern part of Delhi, only Tata Power supplies electricity. According to the information, power crisis has come to the fore due to coal supply.

Also read- Power Crisis: Why is the power crisis increasing in the country?

Also read- Power Crisis: Central government has given emphasis on power generation, there is also a possibility of improving coal crisis soon

Intermittent fasting is not coming for your work, know 6 reasons for this