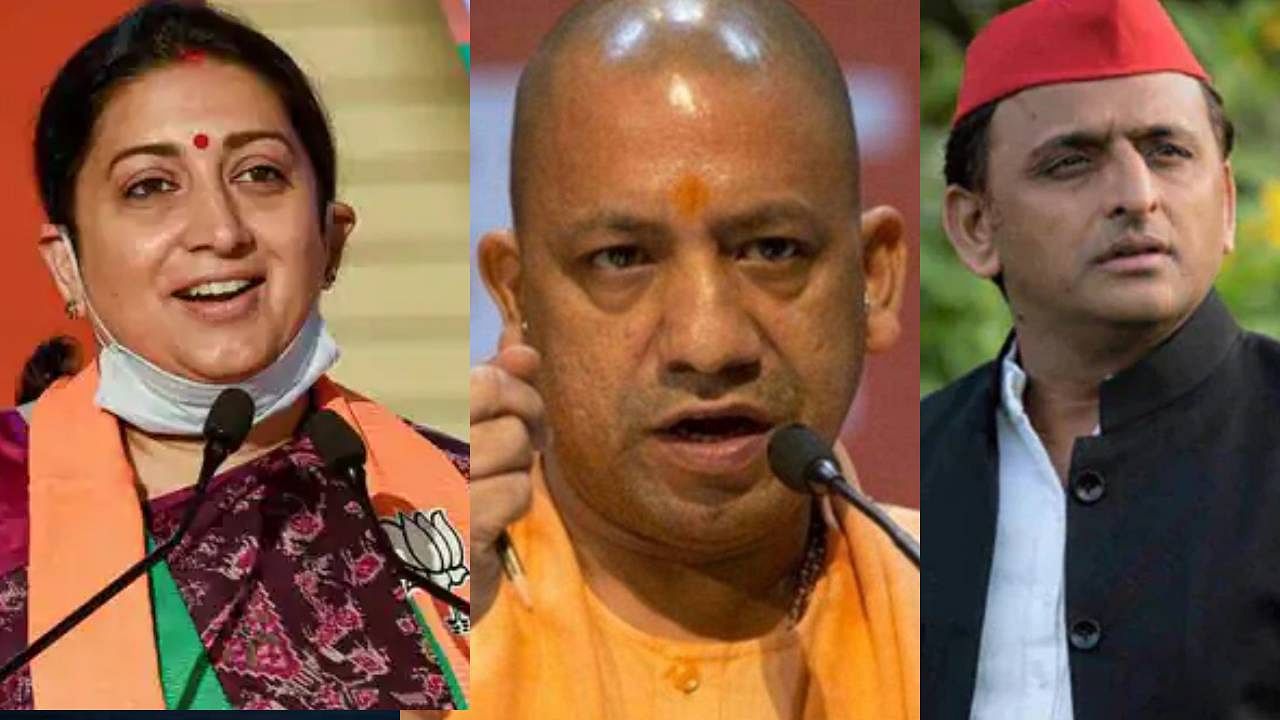 Former Uttar Pradesh Chief Minister Akhilesh Yadav said in the program on Wednesday, “Using the word ‘Abba Jaan’ is a ritual of Yogi ji. I can also say something but Netaji Mulayam Singh Yadav has given me sanskars, so I do not use such language.

Samajwadi Party (SP) president Akhilesh Yadav said on Wednesday that the use of the word ‘Abba Jaan’ reflects the values ​​of Uttar Pradesh Chief Minister Yogi Adityanath. At the same time, Union Minister Smriti Irani defended Yogi and said that the Chief Minister has the right to express his views on the issues within the ambit of the Constitution and no one should have any control over it. Both the leaders said these things in a program of a private channel here.

There is a lot of discussion about the word ‘Abba Jaan’ which became the reason for the war of words between Akhilesh and Yogi. Taking a jibe at Akhilesh, in Kushinagar, the Chief Minister had mentioned this word in the past, saying that in the past, eligible people could not get free ration because people who called him ‘Abba Jaan’ were digested.

Former Uttar Pradesh Chief Minister Akhilesh Yadav said in the program on Wednesday, “Using the word ‘Abba Jaan’ is a ritual of Yogi ji. I can also say something but Netaji Mulayam Singh Yadav has given me sanskars, so I don’t use such language.” In the program, Akhilesh changed the Muslim Yadav (MY), which is called the vote bank equation of SP, adding ‘Women’ instead of ‘M’ and ‘Yuva’ instead of Y.

Asked if the Asaduddin Owaisi-led AIMIM party would cut the Muslim vote, Akhilesh said, “Why are you looking at things this way. For us, M means woman and Y means youth. Women and youth will help in forming the Samajwadi Party government in Uttar Pradesh.”

‘BJP wants to contest elections in the name of Ram Mandir’

On the question of Ram temple in Ayodhya, the former Chief Minister said, “Now the Supreme Court has also given its verdict, so no one is against the Ram temple. Now no one can stop the construction work of Ram temple but BJP wants to contest elections in its name.

Taking a jibe at Chief Minister Yogi Adityanath, Akhilesh said, “Our Chief Minister says that he will give the tablet but which tablet was he giving till now? Was he giving fever tablets? The BJP, in its election manifesto, had asked the meritorious students to provide laptops as well as one GB of data free of cost. Where’s that data?”

However, Union Minister Smriti Irani, who participated in a session of the same program, said, “If you believe that the Chief Minister has the right to work for all without any discrimination by exercising his constitutional right within the ambit of the Constitution.” So why do you want to stop it?”

He was asked why Chief Minister Yogi Adityanath felt the need to polarize politics by using words like “Abba Jaan” if the state government had done so much.

Union Women and Child Development Minister Smriti Irani, who joined the program through video conference, mentioned the development works done by Narendra Modi at the Center and Yogi Adityanath government of Uttar Pradesh. He said that out of 10 crore toilets built across the country, two crore toilets have been built in Uttar Pradesh alone.

Also read- Pakistan Terrorist Module: There was a conspiracy to shake India as soon as the Taliban arrived! Learned to make bombs from household items in Pakistan

Also read- Paddy Procurement: Paddy procurement will start in Haryana after 10 days, know how much MSP will be available

RPI may contest with BJP on 10-12 seats in UP assembly elections, said Union Minister Ramdas Athawale