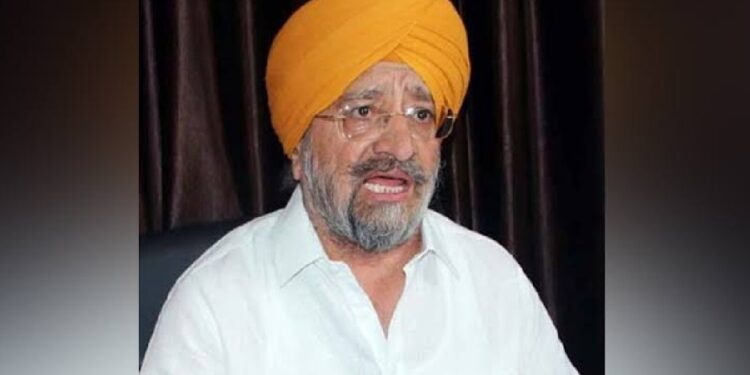 The post-mortem report states that he was shot dead. Wazir had come to Delhi on September 2 and was living with Harpreet Singh and his friend Harmeet Singh in a rented flat in Basai Darapur area.

The Delhi Police on Sunday said it is in touch with the families of two suspects in the alleged murder of National Conference leader Trilochan Singh Wazir. The partially mutilated body of the Wazir was found a few days ago in a flat in the national capital. The body of Wazir, 67, with his head wrapped in a plastic bag, was found last Thursday in the washroom of a flat that was rented by his acquaintance Harpreet Singh, 31, a native of Amritsar.

The post-mortem report states that he was shot dead. Wazir had come to Delhi on September 2 and was living with Harpreet Singh and his friend Harmeet Singh in a rented flat in Basai Darapur area. Both Harpreet and Harmeet are absconding. A senior police officer said, “Our team is in Jammu and we are in touch with the families of the suspects. We have teams in Punjab too.

Harmeet Singh has made a shocking claim on Facebook

Meanwhile, Harmeet Singh claimed in a Facebook post that he had shot and killed Wazir on the head after a heated argument and that Harpreet had no role in it. Harmeet claimed that the vizier had planned to kill him and his son. Earlier a policeman had said, “We have enough leads regarding the case and our teams are working on them.” Four people have been named in the complaint of the brother of the deceased. But we are focusing on the two prime suspects. We are probing all the allegations leveled by the family and the matter is being investigated from all aspects.

According to the police, the post-mortem report revealed that the victim had a bullet injury in the head. He said the CCTV footage of the area was analyzed and it was found that the accused were present in the building on Wednesday. The body of the Wazir was found a day earlier. Police said the NC leader appears to have been murdered on September 2.