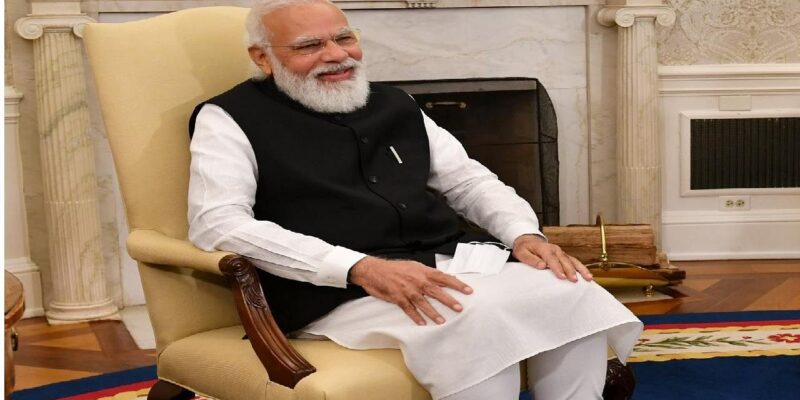 On this occasion, Defense Minister Rajnath Singh expressed happiness and said that his journey shows that he has the passion to serve the people. He said, “It is a matter of great happiness that PM Modi has completed 20 years in public life. It shows that they have the vision, passion and mission to serve the people. Even his decisions have been appreciated across the world.”

It is a matter of great joy that PM Modi has completed 20 years in public life. It shows that he has vision, passion & mission to serve people. Even his decisions have been appreciated across the world: Defence Minister Rajnath Singh pic.twitter.com/6hk4RgBFNN

Earlier, by tweeting to Union Home Minister Amit Shah, it was said that 20 years ago today Narendra Modi took oath as the Chief Minister of Gujarat and the journey of development and good governance which started from there continues till date. In these 20 years, Modi ji realized the culmination of hard work day and night for the progress of the people and the country.
He said that as the head of the state and central governments, I congratulate the Prime Minister on completing 20 years of public service. In these 20 years dedicated to poor welfare and Antyodaya, Modi ji made the impossible possible with his strong will and thinking ahead of time.

On the other hand, BJP President JP Nadda said that today Prime Minister Narendra Modi has completed 20 years as the head of the state and central government. When he became the Chief Minister of Gujarat and became the Prime Minister of the country in 2014, he made the pain of poverty and the tears of the poor the ideal formula of his governance.

Thousands of years old toilet found during search, surprising things came out of the tank