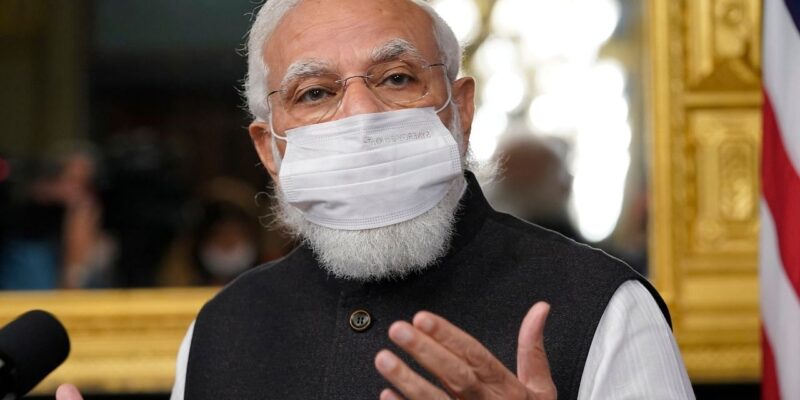 Prime Minister Narendra Modi will reach Uttarakhand today and during his visit to the state will dedicate 35 oxygen plants built under the PM Care Fund to the country. According to the statement issued by the PMO, this program will start at 11 am at AIIMS, Rishikesh. PM Modi had said in a tweet before his visit that I will be in Devbhoomi Uttarakhand tomorrow. 35 PSA oxygen plants will be dedicated to the nation in different states and union territories. This is the best health infrastructure built for the people.

This is the purpose of starting these plants

According to the statement, the main reason behind the commissioning of these PSA oxygen plants under the PM Cares Fund is to ensure the availability of medical oxygen in the hilly areas. More than 7 thousand employees will maintain and take care of these oxygen plants.

Union Minister Mansukh, Uttarakhand Governor Lt Gen (Retd) Gurmeet Singh and Chief Minister Pushkar Singh Dhami will also be present on the occasion. Today PM Modi will land on the helipad of AIIMS Rishikesh directly from Delhi by Air Force helicopter. Earlier it was also being said that PM Modi can come to Jolly Grant airport from Delhi and leave for Rishikesh from there. Security arrangements have been beefed up for PM Modi’s visit to Uttarakhand. Sources say that due to the VVIP movement, the police have been put on alert mode.

Shardiya Navratri 2021: Why is Navratri celebrated? Know its history and importance