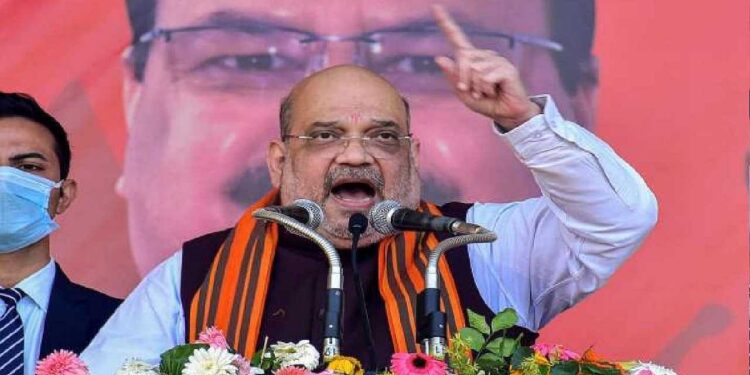 Amit Shah said that Hindi has no difference with any local language. Hindi is the friend of all the languages ​​of India and it can progress only through coexistence.

Today i.e. on September 14, on the occasion of Hindi Diwas, Union Home Minister Amit Shah has congratulated the Ministries, Departments and Undertakings etc. Rajbhasha Kirti and Rajbhasha Gaurav Awards were presented to him.

On this occasion, Amit Shah said that Hindi has no difference with any local language. Hindi is the friend of all the languages ​​of India and it can progress only through coexistence. To commemorate 75 years of independence, the whole country is celebrating the Amrit Mahotsav of freedom under the leadership of Prime Minister Shri Narendra Modi. The Prime Minister has also set one of the goals of the Amrit Festival of Independence from the ramparts of the Red Fort as self-reliant India.

Home Minister Amit Shah said, the Prime Minister of the country has made it a custom to make a statement in Hindi on any platform. This has contributed a lot in the establishment of the official language.

‘September 14th is the day of introspection’

He said, the day of September 14 is a day to introspect what has been done for the promotion and promotion of our languages ​​and official languages. For ages, India will preserve and preserve its languages, and we should also make them flexible and useful. Swadeshi, Swabhasha and Swaraj were the three basic pillars of the freedom struggle.

He said, Mahatma Gandhi also associated the official language with the nationality. He had said that if the consciousness of this country is to be understood, then you cannot understand it without our languages. No outside language can introduce us to the great culture and pride of India, cannot connect with the ideological body of the country, only mother tongue can keep a child connected to his local roots.

Amit Shah said, we have to explain to our new generation that language can never be a hindrance, we should use our language with pride, do not hesitate. There can be no better medium of expression of knowledge than mother tongue. The translation of the history of every state of the country should be done in the official language and in the local language. The Prime Minister of the country, Narendra Modi, has given importance to the local language and official language in the new education policy.