PM Modi in Nepal: PM Modi will visit Nepal next week, 4 helipads built in Lumbini, 3 thousand soldiers will be deployed in security 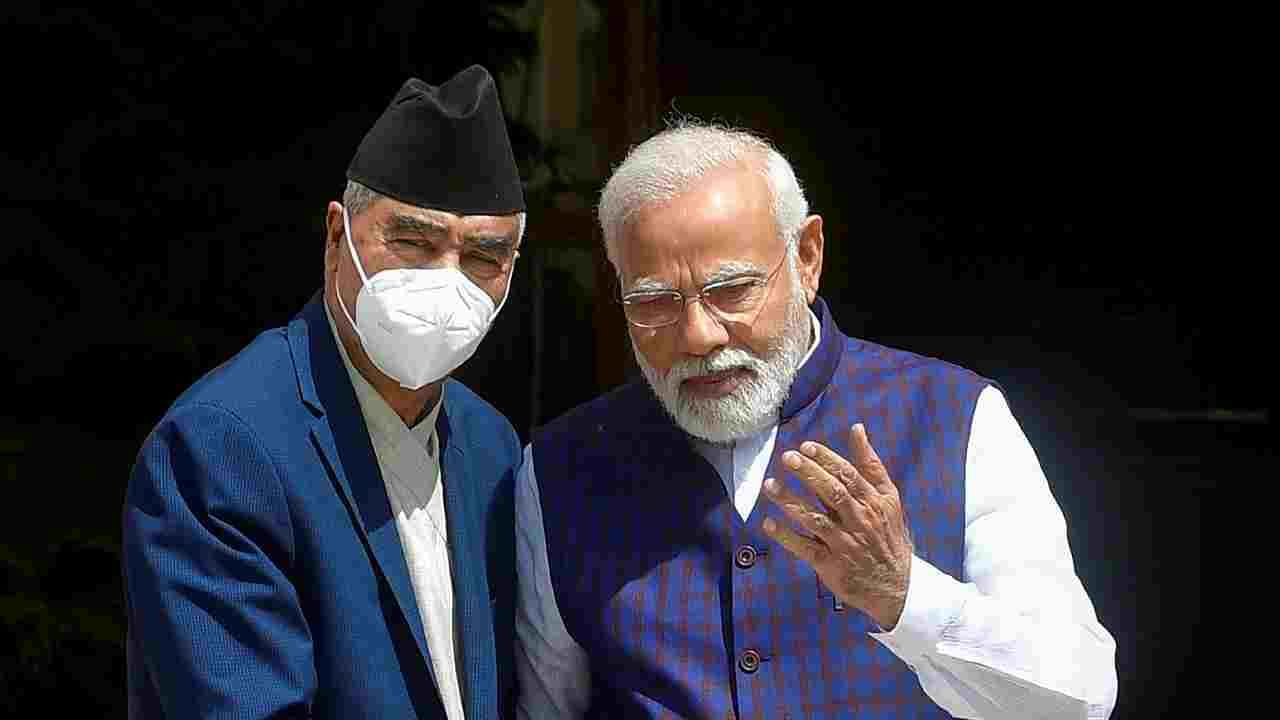 Security squads of SPG will also be stationed at all the places where Prime Minister Modi’s program is scheduled in Lumbini. Keeping in mind the arrival of Modi to Lumbini, four helipads are being constructed near the international seminar hall of Lumbini.

Prime Minister Narendra Modi (PM Narendra Modi) is going to go to Nepal next week as a part of his brief visit. Building on the legacy of a common Hindu and Buddhist civilization, Prime Minister Narendra Modi will next Monday arrive at Lumbini, the birthplace of Prince Siddhartha, who became the Buddha after the Enlightenment in Bodh Gaya, in a new attempt to strengthen bilateral ties. PM Modi Nepal in LumbiniNepal visit) Prime Minister Sher Bahadur Deuba (Sher Bahadur Deuba) will lay the foundation stone of the largest Buddhist monastery being built with the help of India.

PM Modi will take a helicopter ride from Uttar Pradesh’s Kushinagar International Airport and connect the two places where Mahatma Buddha attained Mahaparinirvana, the auspicious day of Buddha Purnima on May 16 when Prince Siddhartha was born. This is the day when Lord Buddha was born, attained enlightenment and later attained Nirvana. A formal announcement of PM Modi’s visit to Nepal is set to be made on Tuesday.

Thousands of soldiers will be deployed in security

Nepal’s Prime Minister Sher Bahadur Deuwa himself is going to be present to welcome Prime Minister Modi on his arrival in Lumbini, which is on the World Heritage List. Along with, many ministers of Deuva cabinet will also stay in Lumbini to receive Modi. Keeping in mind the sensitivity of Modi’s security, about 1000 commandos of Nepal Army Commandos, Sashastra Prahari and Special Security Squad of Nepal Prahari and about 2000 jawans will be deployed everywhere in Lumbini as well as the surrounding areas.

Security squads of SPG will also be stationed at all the places where Prime Minister Modi’s program is scheduled in Lumbini. Keeping in mind the arrival of Modi to Lumbini, four helipads are being constructed near the international seminar hall of Lumbini. Along with PM Modi, two more helicopters will also land in Lumbini, in which SPG personnel posted under his security are going to be present.

Prime Minister Modi is going to stay for one and a half to two hours in Lumbini’s Mayadevi temple where he is going to worship and meditate. On the occasion of Buddha Jayanti, the Nepalese side has given information about Modi’s participation in the special puja going to be organized at Maya Devi temple in Lumbini. After worship and meditation, Prime Minister Modi plans to light the lamp in the Ashok Stambh present there. Along with this, Ashok will rest under the Bodhi tree on the banks of the Pushkarni pond near the pillar.

A large international meditation hall and auditorium have also been constructed by the Government of Nepal in Lumbini, which is also set to be jointly inaugurated by the Prime Ministers of both the countries. Ambassadors of all countries living in Nepal have also been invited for the program organized in Lumbini. It has been decided to confer an Honorary Doctorate degree to Prime Minister Modi on behalf of Lumbini Buddhist University at the time of his arrival in Lumbini. The Prime Minister of Nepal, who was the ex-officio Vice-Chancellor from the university, will confer this honorary doctorate on Modi.

A firm believer in showcasing and reviving the life and teachings of Lord Buddha, PM Narendra Modi has curated all the priceless relics of the great preacher in India by his office as well as the restoration of all the monuments associated with the life of Mahatma Buddha. has been instructed. Buddha gave his first sermon at Sarnath in Uttar Pradesh while Nirvana was achieved in Kushinagar.

Modi will go to Lumbini by helicopter from Kushinagar

From Kushinagar, PM Modi will fly directly to the World Heritage Site in Lumbini, while PM Deuba will visit him after inaugurating Nepal’s second international airport at Bhairahawa, six kilometers from Lumbini, which will be built by the Chinese Northwest Civil Aviation Airport Construction Group. Gaya and given the name, Gautam Buddha.

While PM Modi visited Hindu common heritage sites like Janakpur Sita Temple and Muktinath Vishnu Temple in Mustang district in Nepal during his first term. This will be his first visit to Nepal on May 16 after being re-elected in May 2019 and Modi will also complete his eight years as Prime Minister later this month.

This is the historic Lumbini site where PM Modi will meet his Nepalese counterpart PM Deuba and will strengthen bilateral ties as improving relations with Nepal has always been a very high priority for the Indian Prime Minister. Whereas Nepali Maoists and Communists have tried to go against India by reaching China with the Left media. PM Modi has a positive development-oriented agenda with Nepal as part of India’s Neighborhood First Policy.


Prime Minister Modi’s visit to Nepal comes at a time when another neighboring country Sri Lanka is on the verge of a civil war, triggered by a deep economic crisis due to high external debt and financially unviable Chinese-funded Belt Road Initiative infrastructure projects is. The sudden slowdown in Sri Lanka is also a stern warning for countries such as Nepal and Pakistan, which are part of the Chinese BRI, although Deuba has made it clear to Beijing that Kathmandu is not just commercial loans for infrastructure projects, but Will accept help.