PM Modi expressed grief over the death of Padma Shri Professor Radha Mohan, said – was very passionate about his work 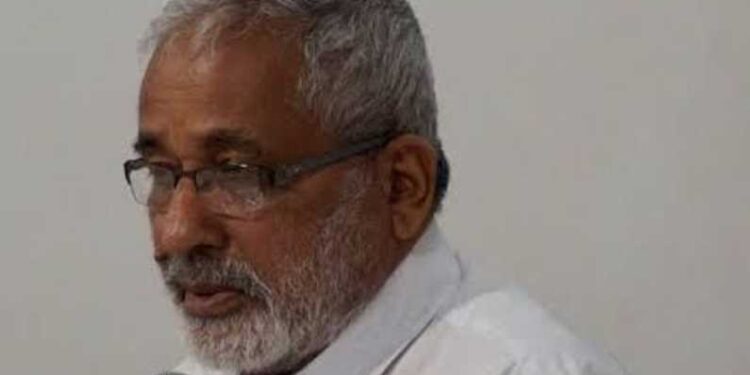 Renowned social worker and retired professor in economics Padma Shri Radha Mohan passed away during treatment at a private hospital in Bhubaneswar.

Prime Minister Narendra Modi expressed grief over the demise of Padma Shri Radha Mohan, a renowned social worker and retired professor in economics. PM Modi tweeted that Professor Radha Mohan is particularly passionate about adopting sustainable and organic practices. He was also awarded for his knowledge on topics related to economy and ecology. The PM said that he is saddened by his demise, condolences to his family and fans.

Renowned social activist and retired professor in economics Padma Shri Radha Mohan passed away during treatment at a private hospital in Bhubaneswar. Radha Mohan was 78 years old. He was admitted to the hospital after respiratory problems as he was also suffering from asthma. Hospital officials said that he breathed his last at around 12 pm. Chief Minister Naveen Patnaik, Union Minister Dharmendra Pradhan, Andhra Pradesh Governor Biswa Bhushan Harichandan also condoled his death.

Prof Radhamohan Ji was deeply passionate about agriculture, especially adopting sustainable and organic practices. He was also respected for his knowledge on subjects relating to the economy and ecology. Saddened by his demise. Condolences to his family and admirers. Om Shanti.

Radha Mohan and his daughter Sabarmati were awarded the Padma Shri, the country’s fourth highest civilian honor, in 2020 for their contribution to the agriculture sector. The father-daughter duo is known for transforming a piece of barren land into a fruit forest through organic farming techniques. He was enabling farmers across the country to take up sustainable organic farming.
Used to give information about farming to farmers

The retired professor had also started a social organization ‘Samvab’ with the aim of educating farmers about organic farming and seed exchange. The Odisha government also honored him with the Utkal Seva Samman for his outstanding social service. Similarly, UNEP had awarded ‘The Global Role of Honour’ for his distinguished work for the environment.

Born in a small village in Nayagarh district in 1943, Radha Mohan graduated in economics from SCS College, Puri and completed his post graduation in applied economics from Utkal University in 1965. He was appointed as the State Information Commissioner by the Odisha government. He also worked as a lecturer in various colleges of Odisha.

Also read: Italy sent compensation of 10 crores to the families of two Indian fishermen, the Center deposited in the Supreme Court