PM Awas Yojana: Government will build houses for 3.61 lakh people, is your name also included? check like this 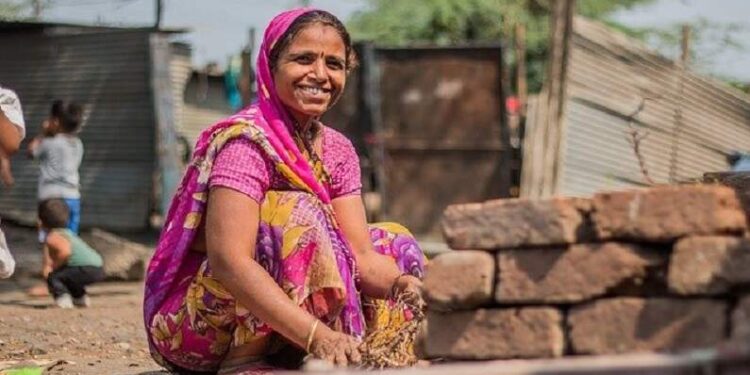 If you have also applied for PM Awas Yojana and you want to know your status, then you can know by contacting the departmental officers. Another way is also that you can check online sitting at home.

Under the Pradhan Mantri Awas Yojana-Urban (PMAY-Urban), the central government is going to provide houses to 3.61 lakh people. For this, 708 proposals for housing construction have been approved. A decision in this regard has been taken in the 54th meeting of the Central Sanctioning and Monitoring Committee under PMAY-U (PradhanMantri Awas Yojna-Urban) in New Delhi. 13 states and union territories participated in this meeting.

Under PM Awas Yojana, these houses will be constructed as affordable housing under the leadership of the beneficiaries according to them and with their participation. This was the first meeting of the committee during the second wave of the COVID epidemic. On behalf of the ministry it has been said that the central government is giving due importance to the objective of providing pucca houses to all the eligible beneficiaries of urban India by 2022 with a view to ‘Housing for All’. The Ministry of Housing and Urban Affairs has emphasized on expediting the completion of housing construction across the country within the stipulated time under ‘PMAY-U’ (PM Awas Yojana).

1.12 crore houses have been approved

The total number of houses approved so far under PM Awas Yojana (PradhanMantri Awas Yojna-Urban) is more than 1 crore 12 lakhs, out of which bases have been prepared for the construction of 82.5 lakh houses so far. At the same time, 48.31 lakh houses have either been allotted or their construction has been completed.

For this, the total investment is fixed at Rs 7.35 lakh crore, out of which Rs 1.81 lakh crore is to be given as central assistance. Out of this amount, an amount of Rs 96,067 crore has also been released.

How to check your name in housing scheme?

If you have also applied for PM Awas Yojana and you want to know your status, then you can know by contacting the departmental officers. Another way is also that you can check online sitting at home. First of all visit the official portal of Pradhan Mantri Awas Yojana (https://pmaymis.gov.in/).

Here after clicking on Track Your Assessment Status (https://pmaymis.gov.in/track_application_status.aspx) page will open. Enter your registration number here. Or you can also know the status through your name, father’s name and mobile number. After filling the details, the status of your application will appear in front, you can get complete information by clicking on your name.

Awards will be given under 100 Days Challenge

Durga Shankar Mishra, Secretary, Ministry of Housing and Urban Affairs also launched the ‘PMAY-U Awards 2021- 100 Days Challenge’. Under this, awards are given to recognize the outstanding contribution and performance made by the States, Union Territories (UTs), Urban Local Bodies (ULBs) and beneficiaries for the successful implementation of the mission and to create a healthy competition.

Durga Shankar Mishra said in the meeting, “The demand for approval is being raised from all the states and union territories. Our main focus is to ensure completion of projects within stipulated time and utilization of unutilized funds.”

6 light houses will be built in these 6 cities

The Secretary of the Ministry emphasized on 6 Light House Projects, whose foundation stone was laid by Prime Minister Narendra Modi in January 2021. LHP is being manufactured in Agartala, Chennai, Lucknow, Ranchi, Rajkot and Indore. “These projects should motivate all the concerned departments involved in construction. In these, the use of state-of-the-art technology should be replicated and promoted.”

The Secretary of the Ministry also inaugurated a newly constructed Demonstration Housing Project in Panchkula, Haryana, which will be used as a Working Women Hostel on rent. Under the Technology Sub Mission of PMAV-U, so far 6 Demonstration Housing Projects (DHPs) have been completed and 7 more are under construction in different parts of the country.

Also read: What did RBI do with the old 500 and 1000 notes… Where did the 15.28 lakh crore notes that were banned in demonetisation go?