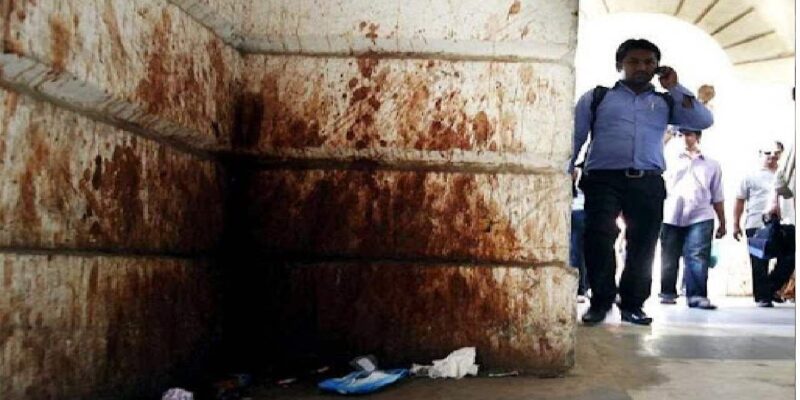 Railways is spending crores of rupees in cleaning the betel peak at railway stations. (signal picture)

Despite stringent provisions, the habit of spitting in public remains a major problem during the COVID-19 pandemic and Railways is promoting a green innovation to tackle this menace. According to an estimate, the Indian Railways spends around Rs 1,200 crore annually and a lot of water to clean the stains and marks on its premises, especially due to spitting by betel and tobacco eaters.

In such a situation, to prevent passengers from spitting in the railway premises, vending machines or kiosks are being installed at 42 stations, which will give spittoon pouches (pouched spigot) ranging from Rs 5 to Rs 10. Three zones of the railways – West, North and Central – have given the contract to a startup EasySpit ​​for this. These spittoon pouches can be easily carried in the pocket and with the help of these, passengers can spit whenever and wherever they want without any stains.

According to the manufacturer of this pouch, this product has macromolecule pulp technology and contains a material that binds with bacteria and viruses present in saliva. These biodegradable pouches can be used 15 to 20 times. They absorb the sputum and turn them into solids. Once used, these sachets when thrown into the soil, dissolve completely and promote plant growth.

EasySpit ​​Vending Machines to be installed at stations

The Nagpur-based company has started installing EasySpit ​​vending machines at stations. He has also tied up with Nagpur Municipal Corporation and Aurangabad Municipal Corporation. Ritu Malhotra, Co-Founder, Easyspit, said, “We have signed an agreement with Indian Railways for 42 stations on Central, North and Western Railway. We have also started installing EasySpit ​​vending machines at some stations.

read this also- Amit Shah told how PM Modi took the decision of surgical strike, triple talaq and Article 370, said – no one had thought about it before

read this also- Rahul Gandhi’s taunt on PM Modi- PM is silent on farmers’ murder, inflation, unemployment, is very active on these things