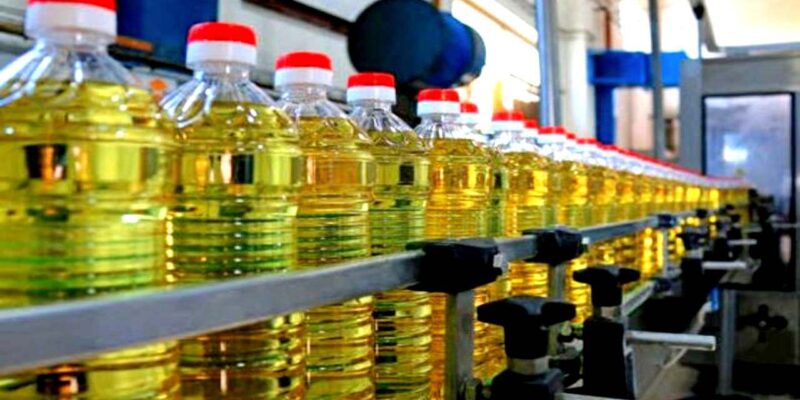 In the festive season, the central government has taken several steps to ensure that the common people get cheap edible oil. Under this, the rates of basic custom duty on imported crude edible oils and duty rates for some refined oils were cut. After the reduction in import duty, retail edible oil prices are expected to come down by Rs 15 to 20 per kg.

The Central Government on Thursday directed 8 major edible oil producing states to ensure that the benefits of this decision of the government are passed on to the common consumers. The Food Ministry has written a letter to these states in this regard, mentioning the steps taken to reduce the prices of edible oil. The ministry has issued instructions by writing letters to Rajasthan, Madhya Pradesh, Maharashtra, Gujarat, Uttar Pradesh, West Bengal, Tamil Nadu and Andhra Pradesh.

On Wednesday, the Modi government at the Center abolished the basic custom duty on varieties of crude palm, sunflower and soybean oils. Simultaneously, the duty on refined edible oils was cut to reduce the retail prices of cooking oils.

The Food Ministry said in a statement that this move of the central government (cutting import duty on edible oils) may bring down the domestic prices of edible oils in India. This will benefit the consumers by Rs 15 to 20 per kg. The ministry has written to all major edible oil producing states to take “appropriate and immediate action” to ensure that the prices of edible oils are brought down to the level commensurate with the reduction in import duty.

people will get relief in festive season

The Center has said that it is now up to the State Governments to ensure that the full benefit of the duty cut by the Center is passed on to the consumers, so as to provide immediate relief to the common people from the prevailing high prices of edible oils during the upcoming festive season. . According to the ministry, this will also help in reducing food inflation and reduce the prices of edible oils by about Rs 15-20 per kg.

The effective customs duty on crude palm oil after deduction is 8.25 per cent, while that on crude soybean oil and crude sunflower oil is 5.5 per cent. Earlier, the effective duty on these three raw materials was 24.75 per cent. The reduction in import duty and cess effective from October 14 will be applicable till March 31, 2022. Agricultural Infrastructure Development Cess (AIDC) on crude palm oil, crude soybean oil and crude sunflower oil has also been reduced.

Also read- Alert for farmers: Chance of rain in many states including Odisha, know the status of withdrawal of monsoon

After four months in Gautam Budh Nagar district, a patient lost his life due to corona, the last case was registered in June