Patiala News: Why did the violence between Hindu and Sikh organizations take place in Patiala? The real reason has now come to the fore 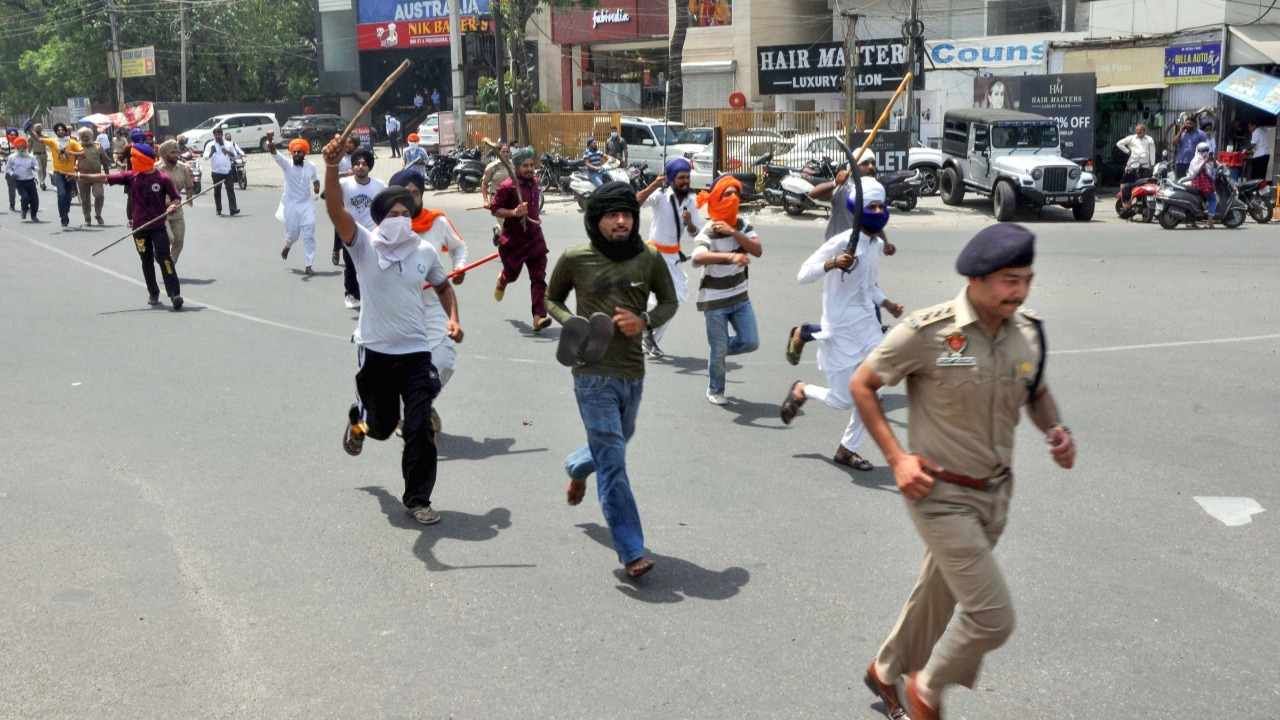 Clash Shiv Sena and Khalistan Supporters in Pataila: The people of the Sikh community say on this incident that in the name of Khalistan, this protest march was unnecessarily taken out by Shiv Sena in Patiala, which spoiled the atmosphere. He said that the word “Khalistan” is also associated with the Khalsa Panth.

Patiala of Punjab (PatialaOn Friday, there was a clash between two groups over taking out a procession. The clash took place between Hindu and Sikh organizations, after which the situation in the area has become tense. At the time of the incident, the situation became so uncontrollable that swords were waved and stones were pelted at the police. Three people, including a police officer, were injured in the dispute that broke out over the procession. Actually Khalistani terrorist (Sikh for Justice) Gurpatwant Singh Pannu (Gurpatwant Singh Pannun) had announced on Friday that the foundation day of Khalistan would be celebrated.

While Gurpatwant announced to hoist Khalistani flags at the SP and DC offices of Haryana, on the other hand a Hindu organization announced a ‘Murdabad’ march against Khalistan in Patiala. When the Hindu organization took out a march on Friday afternoon, the supporters of Khalistan (Khalistan Supporters) fiercely opposed it, after which the tension increased so much that stone-pelting started and swords were being waved. However, neither community was allowed to take out the procession. Pannu’s announcement of celebrating Khalistan Foundation Day was strongly opposed by a Hindu organization named Shiv Sena Bal Thackeray.

Police had to fire in the air

Although the police made a lot of efforts to stop this ruckus, but when the people became uncontrollable, then they had to fire in the air. During this march some people also raised slogans of “Khalistan Zindabad”. People of the Sikh community say on this incident that in the name of Khalistan, this protest march was taken out by Shiv Sena unnecessarily in Patiala, which spoiled the atmosphere here.


After all, why did the anger of the people of the Sikh community flare up?

Some activists associated with Akal Youth Organization said that Khalistan (KhalistanThere is no issue of ) in Patiala and Hindu and Sikh brotherhood in Patiala has been in harmony for a long time, but this march named “Khalistan Murdabad” was taken out by Shiv Sena. Whereas the word “Khalistan” is also associated with the Khalsa Panth. This was the reason that Sikh organizations objected to this and they went against the march of Shiv Sena. Sikh organizations said that if Shiv Sena is supported by Khalistan supporter Gurpatwant Singh Pannu and his Sikh for Justice organizationSikhs for JusticeIf there is any objection, they should take out a protest march against him and not create an atmosphere against Khalsa Panth in this way.