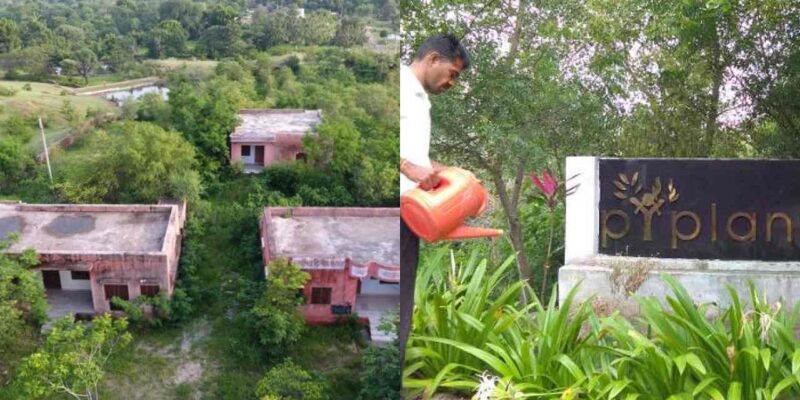 Ongoing training of village development activity and Nirmal Gram Yatra has been completed. On Sunday last, mobile training of workers of selected villages was started.

In Rajasthan, ongoing training of village development activity and Nirmal Gram Yatra has been completed. Last Sunday, the workers training of the workers of the selected villages was started. This training took place in Piplantri Village of Rajsamand district for good results on some subjects. Workers of Bhatmahudi of Kushalgarh, Rakho of Bagidaura, Kotra of Garhi, Bhemai Karada of Sagwada, Vamasa and Parada Sakani of Aspur participated in this training.

During the ongoing training program, the workers gave full introduction of their village in different sessions. Along with this, the experiences of the experiments and changes taking place in the village were shared among themselves. During this, the mobile training team saw the model of implementation of government schemes and public participation in Piplantri, awarded from Nirmal village of Rajsamand. This training team was led by the worker of Bhemai village.

RSS co-province village development chief Ganesh Patidar told that his team was most affected by mainly three works in Piplantri village. He said that in the joy of the birth of the girl child, planting saplings and tying the thread of protection till their trees grow affects a lot. He said that with this step greenery is visible everywhere in the village. Along with this, water conservation through Anicut trench and check dam is also another big step. He said that because of this effort, sweet water has started being available at 50 feet. Whereas earlier the water level was very low and fluoridated.

Villagers told the training workers that earlier only empty hills and marble slurries were visible in their village due to barren land and marble mines. But due to the hard work done in the last 10-12 years, greenery and small water bodies are visible everywhere. He said that in Deendayal Upvan, the energy generated by children’s chakris and swings is used for offering water.

Also read- Pigeon waiting for freedom from cage .. Bikaner police forced to hospitality for one and a half year, this is the reason

Lakhimpur Kheri Violence: Congress will observe silence on October 11, will demand the resignation of Union Minister of State for Home Ajay Mishra and the arrest of his son

Medicinal plant cultivation will get a boost, important agreement signed between two institutions of the government