One year after the Galwan incident, what is the condition of LAC, how is India’s preparation against China, know here 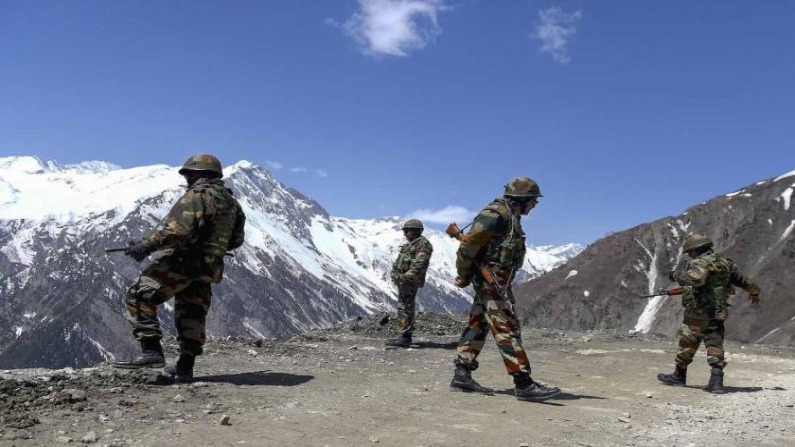 India has fortified the Line of Actual Control even before the completion of one year of Galvan’s conspiracy.

A day later, it is the anniversary of the Galwan Incident. Last year, on the night of June 15-16, the brave sons of India showed valor in Galvan, after which the furious China laid a web of conspiracies on the LAC and started increasing the forces, but the soldiers of Hind gave the answer to China with stone. Let us know what is the condition of LAC after a year and how is India’s preparation against China here?

India has fortified the Line of Actual Control even before the completion of one year of Galvan’s conspiracy.
State-of-the-art weapons and logistics have been reserved for a long time on the LAC. Along with this, many modern weapons and ammunition purchased recently have been deployed in Ladakh.

Today we will tell you the details of the complete preparation done on LAC in the last one year. Will give information about one weapon, missile, tank. First of all let’s talk about K-9 Vajra cannon. If we talk about modern weapons, then India has deployed its K-9 Vajra guns in eastern Ladakh amid the ongoing conflict with China on the LAC.

This is the first time that the Indian Army has installed K-9 cannon on the LAC. However, the reason for the deployment of the K-9 is its strength. The K-9 Vajra is a self-propelled artillery gun, meaning that these guns do not need to be pulled from any truck or other vehicle, but they have wheels like a tank and they can destroy the enemy in the desert and mountains on the basis of these wheels. can.

India has also deployed the K-9 Vajra Self-Propelled Artillery Gun as well as the M-777 Artillery Gun on the LAC. India has put these ultra light artillery guns on different fronts with the help of Chinuk helicopter.

India has strengthened the air defense system along with weapons.. The Indian Army has deployed Akash missiles, Spyder from Israel and Pechora purchased from Russia on the LAC in the last one year.
These are the weapons that can shoot down fighter jets, helicopters and drones coming from the enemy in a few seconds.

In fact, since the melting of snow across the LAC in the area of ​​Ladakh, the Chinese army has been continuously increasing its presence and strength. In such a situation, India has also put full force. To further strengthen the Indian Air Force on the LAC, SPICE 2000 missile, 300 and 320 Spike Long Range Anti Tank Guided Missile R-73, 400 Medium Range Air to Air Guided Missile and Radar Busting Missile have also been deployed.

Along with these preparations, logistics have also been kept on the LAC for 15 to 18 months. In a year, our army has also made many roads and bridges in the forward area. That is, in the event of war, the army is faster than last year. The LAC can be reached in a few hours. India’s preparation has been strong in every field.

Relief: After 66 days, the active cases of corona in the country are less than 10 lakh, the positivity rate has come down to 3.3 percent.