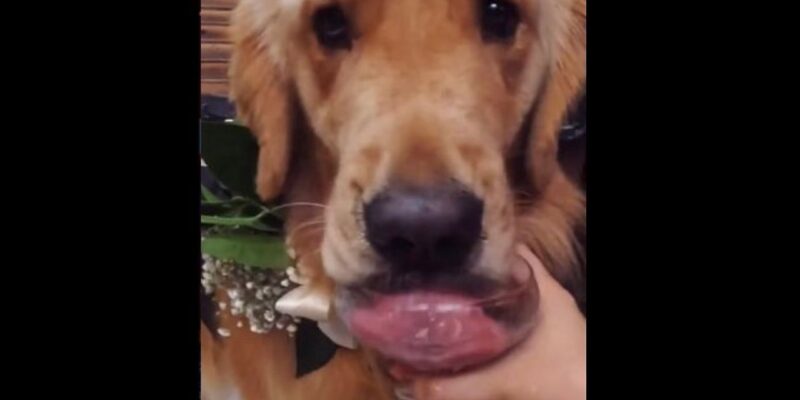 This dog is fond of parties

If we tell you that there is a dog who is very fond of parties. In parties, he not only enjoys eating like him among people, but also ‘drinks’ with them. You may hardly believe it, but it is absolutely true. According to the report of the website Mirror, a woman’s pet golden retriever is something similar. He also drinks like ordinary humans to mingle with people. However, this dog does not drink but drinks water. So let’s know about this funny dog.

Let us tell you that the name of this funny dog ​​is Hank. He becomes big in every wedding parties with his owner. Doggy’s owner has shared a video of his pet golden retriever from a Tiktok account named @fairytail_petcare. In which he is seen drinking water from the glass. This video has been viewed more than 2 lakh 68 thousand times. While more than 32 thousand people have liked it.

According to the report, Hank adorns every place with his mistress. Whether it is a party or an outing, Hank will be seen in tie-bows and dapper outfits. By the way, Hank was the center of attraction among the people at the wedding of his own mistress. During this, while everyone was enjoying the cocktail, then Hank was also sitting with them drinking his drink i.e. water in the glass. Seeing this, everyone laughed there.

Hank Doggy’s video is making a splash after being shared on Tiktok. Actually, people are liking Hank’s dressing style and drinking water while sitting among the people. After watching the video, people are reacting to it in their own way. Most users are calling Hank very cute. At the same time, some users have advised Hank’s mistress to register its name in the Guinness Book.