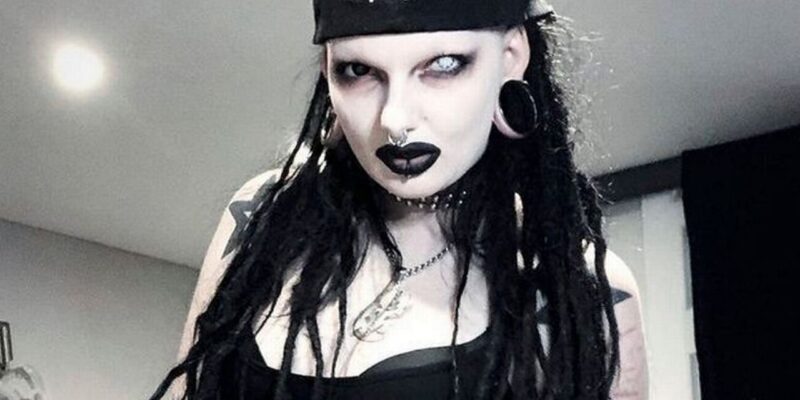 Shain Webb prefers to call himself a witch

It is every girl’s wish to look beautiful and attractive. For this, she also spends a lot on herself. But there is a girl who loves to look scary and look like a witch. Yes, it will sound strange to you but it is true. 25-year-old Shaini Webb has changed her entire look to fulfill this strange hobby. When the once very beautiful looking Shaini opens her eyes, people get scared.

According to the report published in the website Daily Star, Shaini was recently made over by a make-up artist in a TV show. The artist covered all the tattoos on Shaini’s body through makeup. After this, put lenses in Shaini’s eyes. After this makeover, Shaini started looking like a normal girl. But Shaini did not like her makeover at all. On the contrary, she said that she was scared of her makeup.

According to Shaini, now it is a very strange experience for her to look like a normal girl. Shaini says that she enjoys seeing people stare at her looks. This 25-year-old girl likes witch’s transformation more. Shaini prefers to call herself a living witch.

Let us tell you that to get the witch look, Shaini did many transformations. Under this, many tattoos, from ear piercing to giving a witch look to the pupils of the eyes. Shaini says that people like it very much when they are scared to see them. Shaini says that it took hours to cover 20 tattoos made on her body through makeup in the TV show. Let us tell you that there are a total of 10 piercings in Shaini’s body. In such a situation, the makeup artist had to work hard to do her makeover.

However, after makeup, Shaini looked very beautiful. People have also asked her to stay like this, but Shaini says that she was very scared after seeing the normal look. In the future, she would never want to do any such makeover.

Also read: The purse was lost 51 years ago, when the police returned the person, he was shocked to see the things inside

Jharkhand Coal Crisis: There is a possibility of deepening of power crisis in Jharkhand from midnight tonight, know what is the current situation