Oil marketing companies bought ethanol worth Rs 21000 crore, a large part of it went into the pockets of our farmers 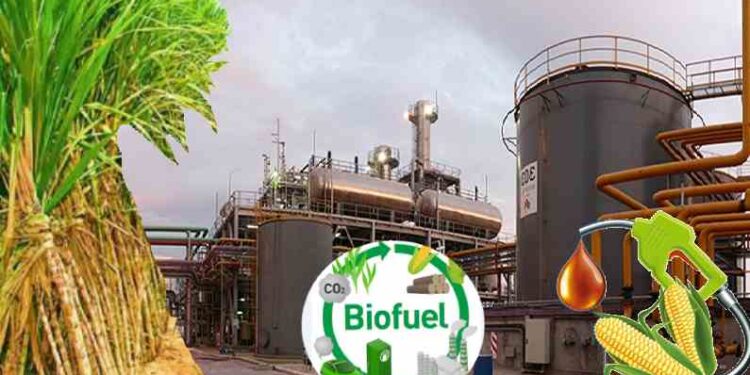 Prime Minister Narendra Modi said that now ethanol has become one of the major priorities of 21st century India. The focus on ethanol is having a better impact on the environment as well as on the lives of farmers. Today we have resolved to meet the target of 20 percent ethanol blending in petrol by 2025.

Prime Minister Narendra Modi has released a detailed roadmap for the development of the ethanol sector on the occasion of World Environment Day. He informed that the ambitious E-100 pilot project related to the production and distribution of ethanol across the country has also been launched in Pune. Let us tell you that ethanol is a type of alcohol that can be mixed with petrol and used as fuel in vehicles. Although ethanol is mainly produced from sugarcane crop, it can also be prepared from many other sugar crops.

Ethanol is produced mainly from the sugarcane crop, but it can also be prepared from many other crops. The government has made a separate plan for this.

Farmers will get big benefit

Prime Minister Narendra Modi said that only last year, oil marketing companies have bought ethanol worth Rs 21,000 crore. A large part of this has gone into the pockets of our farmers. Sugarcane farmers in particular have benefited immensely from this.

On this occasion, PM has launched a pilot project of E 100 distribution stations at three places in Pune. In March, the government had approved the use of ethanol as a standalone fuel.

Since then oil companies have been allowed to sell the E-100 directly. However, this fuel will be used in only those vehicles which will be E-100 compatible.

Last year alone, oil marketing companies bought ethanol worth Rs 21,000 crore. A large part of this has gone into the pockets of our farmers. Sugarcane farmers in particular have benefited immensely from this: PM arenarendramodi #IndiasGreenFuture

The government has set a target of 20 percent ethanol blending in petrol in the next two years, which will help the country reduce dependence on expensive oil imports.

Earlier, the government had set a target to achieve this by 2030, which has now been increased to 2025. According to the Ministry of Petroleum, oil companies will sell petrol with a mixture of 20 percent ethanol according to the standards of the Bureau of Indian Standards.

Also read- Now farmers and agricultural laborers will get so much financial help on the accident, know everything about it