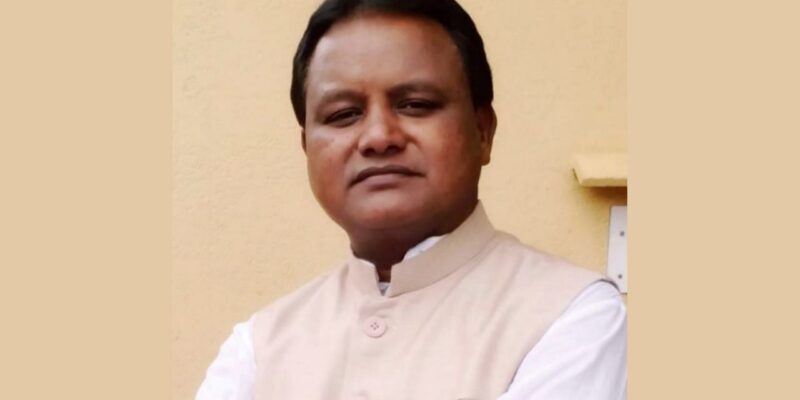 Unidentified assailants hurled bombs at the car of Bharatiya Janata Party (BJP) chief whip in Odisha Assembly Mohan Charan Majhi in Keonjhar district on Sunday, in which he narrowly escaped. police gave this information. Majhi and his security officials were not injured in the incident, a senior official said. However, his car was partially damaged.

He said that the blast took place in Mandua area under Keonjhar town police station when the BJP MLAs were returning home after attending a labor union meeting. Majhi lodged an FIR and alleged that motorcycle-borne miscreants hurled two country-made bombs at his vehicle. The MLA and his security officer chased the two men, but they fled, the official said.

Majhi, who belongs to the tribal community and MLA from Keonjhar, alleged that the local leaders of the ruling Biju Janata Dal (BJD) had planned the attack. He said, “I was returning home after attending the meeting when two men on a motorcycle came in front of my car and hurled two bombs at my vehicle. The incident happened around 11.50 am in the morning. There may have been some political enemies in my career of 20 years, but there are no enemies in my personal life.

After the attack, BJP workers blocked National Highway-49 (connecting Raipur and Kolkata) and demanded immediate arrest of those involved in the attack. A police officer said that the investigation into the attack on the BJP MLA has been started.

Also read- Lakhimpur Kheri Case: Ashish Mishra was trembling after his arrest, was sweating on reaching the jail, the first night was like this

Also read- People’s spitting habit is a big problem, marks of stains will not be seen! This is the plan of Railways to deal with this

How is the cultivation of fenugreek done, from good quality to the right way of sowing, know everything