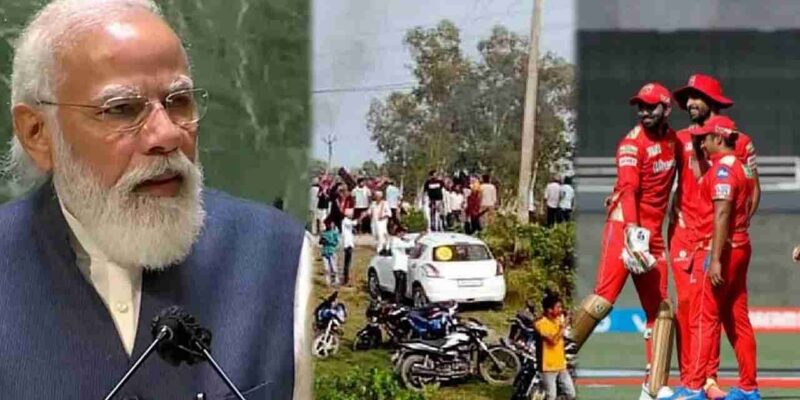 20 thousand cases of corona are coming out every day in the country, the government warned – the speed may increase again in festivals

Lav Agarwal, Joint Secretary, Union Health Ministry, said in a daily press conference on Thursday that the challenge of the corona virus epidemic is now over to a large extent. However, we have to make continuous efforts to control the second wave (COVID-19 Second Wave). We should not just assume that the era of the epidemic is over. There are still many challenges that need to be addressed. We should maintain the behavior related to corona in our life. He said that in the last 24 hours, about 22 thousand cases of corona have been reported in the country. Still, an average of 20 thousand new corona cases are coming up.
Click to read full news

‘Prime Minister made with the blessings of the people’, PM Modi told how was the journey of 20 years of public service

Prime Minister Narendra Modi dedicated 35 Pressure Swing Adsorption (PSA) Oxygen Plants from AIIMS Rishikesh to the nation established under PM CARES in 35 states and union territories. During this, PM Modi said that from today the holy festival of Navratri is also starting. Maa Shailputri is worshiped on the first day today. Mother Shailputri is the daughter of Himalaya and today I am here to come here and bow to this soil, saluting this land of Himalayas, what can be a greater blessing in life than this
Click to read full news

In the Lakhimpur Kheri case, the Supreme Court, while hearing on Thursday, has asked the Uttar Pradesh government to file a status report by Friday. The matter will be heard on Friday. The Supreme Court said that a detailed status report should be filed in this matter, which should also include the names of the people against whom the FIR has been lodged and the names of the victims. Apart from this, what steps have been taken in the matter so far and the status of investigation should also be told in the report.
Click to read the Governor also constituted the Commission of Inquiry

Rave party actor Shahrukh Khan’s son Aryan Khan, who was on a cruise going from Mumbai to Goa, has been sent to 14-day judicial custody by a Mumbai court in the cruise ship drug party case. The matter will now be heard by the Special NDPS Court. In the court, Satish Maneshinde had presented Aryan’s side. He filed an application for bail after the court’s decision to send him to judicial custody. On the bail plea, the court said that they will hear it tomorrow i.e. on Friday at 11 am.
Click to read full news

IPL 2021: Chennai team defeated in front of Kings of Punjab, won the match in one-sided style

Punjab Kings defeated Chennai Super Kings in the match played on Thursday in IPL 2021. Punjab achieved the target of 134 runs given by CSK, captained by Mahendra Singh Dhoni, 8 overs in advance and won an easy victory. Punjab Kings captain KL Rahul played a stormy innings of 98 not out. At the same time, in front of Arshdeep Singh and Chris Jordan, the batsmen of the team of Chennai Super Kings were helpless.
Click to read KKR vs RR match update

Video: When Shahrukh said that Salman will be with my family in the time of trouble, now this is happening true

“Anecdote of Crime”: The ‘Double Murder’ that happened 43 years ago that shook the Morarji Desai regime in the 1970s