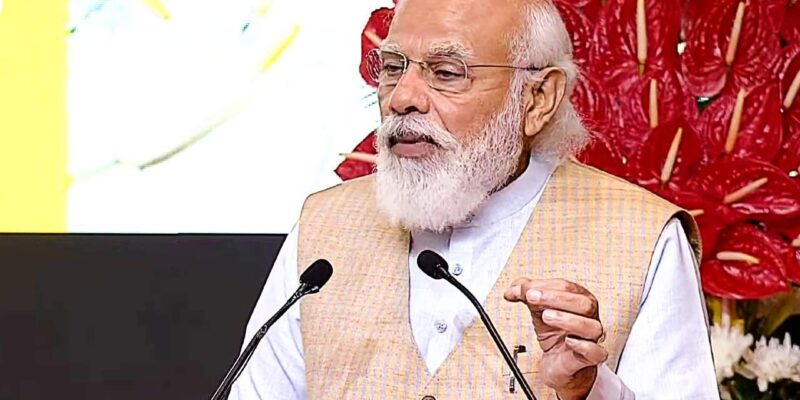 PM Modi launched ‘Gatishakti’ scheme, said – all projects will be completed on time, unnecessary expenditure will come down

Prime Minister Narendra Modi today launched ‘Pradhan Mantri Gati Shakti Yojana’ for multi-level connectivity with economic sectors. Pradhan Mantri Gati Shakti National Master Plan is a digital platform connecting 16 ministries including rail and road. Along with doing this plan, the PM said in his address that with the resolve of self-reliant India, we are building the foundation of India for the next 25 years. PM Gatishakti National Master Plan is going to take India’s self-confidence, self-confidence, to the resolve of self-reliance.
Click to read full news

Corona vaccine has been approved for children in India. The Drug Controller General of India (DCGI) has given in-principle approval to the vaccine, Covaxin, developed by Bharat Biotech for children. Soon after this, now this vaccine will be given to children. This vaccine will be given to children in the age group of 2 to 18 years. Even in this age group, first those children will get this vaccine who are comorbid (who already have a disease) children. After the vaccine was approved, a group of experts recommended that Bharat Biotech’s indigenous vaccine Covaxin be given emergency use to children aged 2 to 18 years.
Click to read full news

The central government clarified its opinion regarding Chhath! Delhi BJP got a setback, now this is how the Mahaparv will be celebrated

The central government has given a big statement amidst the politics regarding the organization of Chhath Puja in public places. According to the information received from the sources, the Center has made it clear that Chhath festival will be organized according to the protocol of the government. This statement came after the letter written by the Aam Aadmi Party to the Center in which Delhi government minister Manish Sisodia had sought opinion on celebrating Chhath. In fact, Bharatiya Janata Party (BJP) MP and former Delhi BJP president Manoj Tiwari had criticized the Kejriwal government for banning Chhath Puja festival and despite everything including swimming pools, malls, weekly markets and public transport. The ban was wrong.
Click to read full news

Drug Case: Shahrukh Khan’s son Aryan could not get bail in drugs case, now hearing will be held tomorrow

The bail plea of ​​Aryan Khan, son of film actor Shahrukh Khan, was heard in the court on Wednesday. After a long hearing, the hearing in this case will continue on Thursday as well. NCB has opposed Aryan Khan’s bail. NCB has filed its reply in the court. In this, it has been said on behalf of NCB that the role of Aryan cannot be understood apart from that of accused Arbaaz Merchant. Aryan may not have found drugs, but he was in contact with a drug peddler.
Click to read full news

IPL 2021: Tough contest between Delhi and Kolkata, win in the final, if you lose then return home

Qualifier 2 match has started in Sharjah. Today’s match in Sharjah is the final before the final. For both the teams, losing today would mean a ticket to go home. At the same time, the winning team will get the license to compete with Dhoni’s CSK, which will be played on October 15. However, winning the toss in this match, Kolkata put Delhi to bat first. Prithvi Shaw and Shikhar Dhawan came out to open for Delhi.
Click to read latest updates

Kuwait abolishes one more restriction for women, now girls will be able to join military