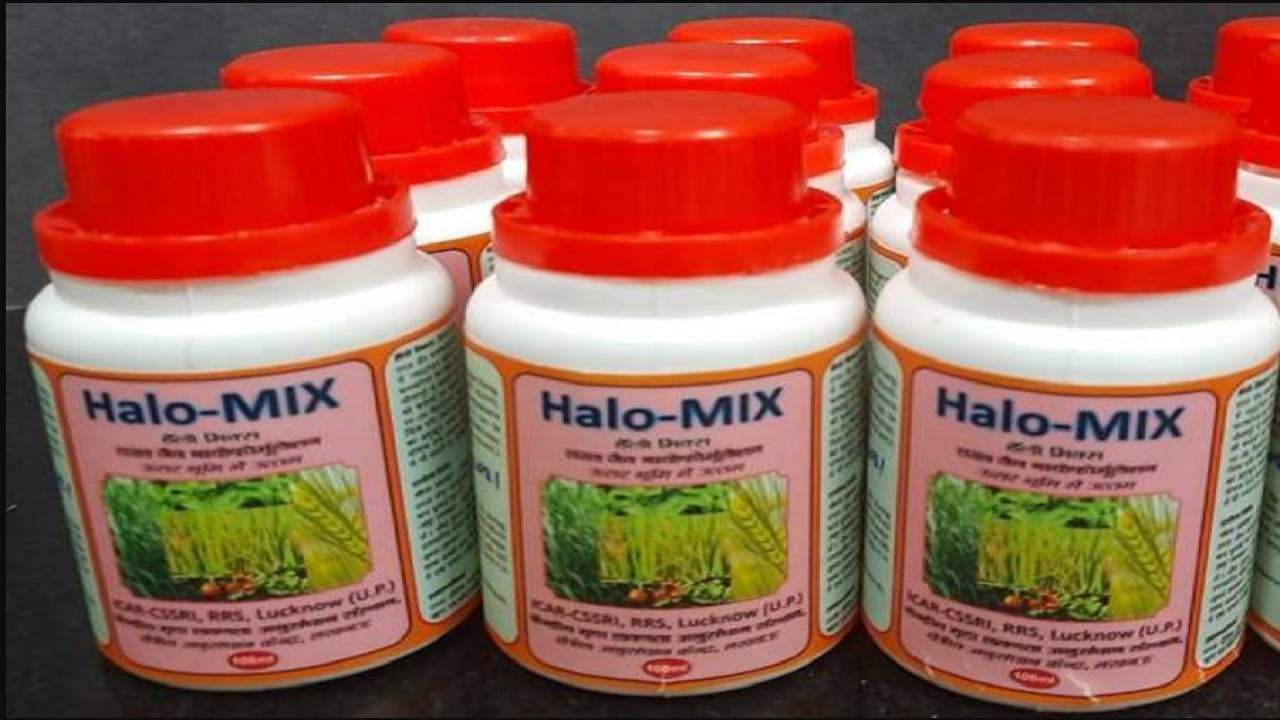 Scientists claim that paddy, wheat or vegetables can be cultivated on waste land with its usefulness. In order to make this organic formulation Halo Mix reach more and more farmers, ICAR has given rights to a Hyderabad based company for its commercial production.

The land will also become fertile with this medicine.

Waste land is considered useless. The farmer who has such land is often cursed by him, but now the crop can flourish in the waste land. Farmers can grow crops of their choice in salinity or infertile land. Agricultural scientists have discovered such a biological drug (bio-formulation) whose bacteria make the waste land fertile. It has been successfully tested in many districts of Uttar Pradesh and it will soon be available to the farmers.

The ICAR-Central Soil Salinity Research Institute located in Lucknow, the capital of Uttar Pradesh, had discovered salt tolerant plant growth bacteria (bio-formulation) in the year 2015-16. Farming was done using this bio-formulation in many districts of the state and its results were positive. Now scientists claim that paddy, wheat or vegetables can be cultivated on waste land with its usefulness. In order to take this organic formulation Halo Mix to more and more farmers, ICAR has given rights to a Hyderabad based company for its commercial production.

Will not allow salt to reach the roots

Regarding this discovery, Dr. Sanjay Arora, Principal Scientist of the Regional Research Center of the Central Soil Salinity Research Institute, says that in our country, weeds are still a big problem. It happens that whenever you plant something or plant something in the waste, salt gets deposited in its roots, there other nutrients including water are not able to reach and the plant starts drying up. Hollow Mix is ​​the solution to this problem. This will not allow the salt to reach the roots.

He further explains that in the districts around the capital Lucknow, we have been testing it for the last 6 years. With the help of this, we cultivated paddy, wheat, mustard, brinjal etc. on the waste land and the results were pleasant. Its experiments were also successful in Gujarat and West Bengal. One vial of 100 ml salt tolerant bacteria is sufficient for one acre of land. Farmers can spray it in the field to purify one acre of seed or mix it with 40 kg of cow dung. This allows soil bacteria to grow.

Also read: Alert for farmers: Heavy rain likely in these states including UP-Bihar, do this work immediately

After the accident of Sai Dharam Tej, who extended a helping hand, know who is that person?

How in India now people will get internet from satellite, what is that new idea