Now the funeral will not be held at night at the crematoriums of Delhi, the management told this big reason 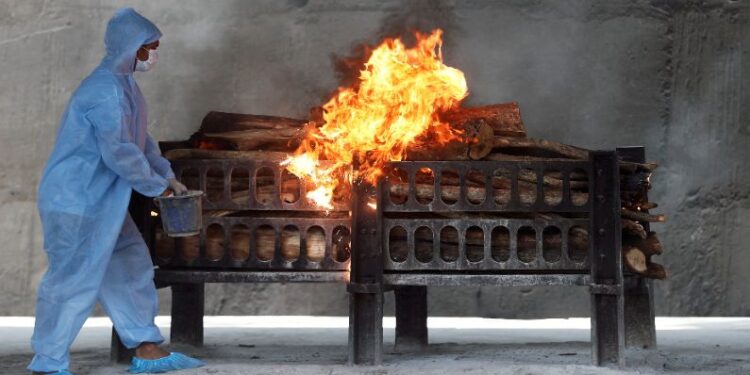 Delhi’s Sarai Kale Khan, Ghazipur and Shastri Park crematoriums management told that they have stopped the last rites at night about 3-4 days ago.

Due to the increasing corona cases in the capital Delhi, about one and a half months ago, funeral rites were started at night in Delhi’s crematoriums. After which now the Delhi Civic Agency has refused the crematoriums for this. The agency says that now the cases of death from corona are declining, after which there will be no need to perform last rites at night.

Officials managing the crematoriums said that the death toll from Corona has come down, due to which there is now space in the morgue. Now we are able to keep more dead bodies and now there is no need to cremate dead bodies at night. In April and May, as the number of Covid-19 dead bodies increased sharply and there was no space in morgues, bodies were immediately sent for last rites.

The crematorium management said that as soon as the corona patient was declared dead in the hospital, immediately after that, it was sent to the crematorium. Because of which there used to be a crowd here. The Sarai Kale Khan, Ghazipur and Shastri Park crematoriums also confirmed that they had stopped the last rites at night about 3-4 days back. At the same time, there is a continuous decline in corona cases in Delhi. Meanwhile, 316 new cases of corona have been reported in Delhi in the last 24 hours and 41 patients have died.

At the same time, 521 patients have been cured from COVID-19. At present, the positivity rate in the national capital has come down to 0.44 percent and so far 24,668 infected people have died due to corona. Apart from this, 14,29,791 patients have been infected, out of which 14,00,161 people have been cured. Now the active cases of corona in Delhi are 4,962 less than 5 thousand. For the first time since March 24, there have been less than 5000 active cases and the active rate is 0.34 percent.

Also read: Gurugram: Honeypreet will not take care of hospitalized Ram Rahim, administration canceled the pass because of this