Now the dangerous tanks, chemical and biological weapons of the Indian Army equipped with AI will fight against China. 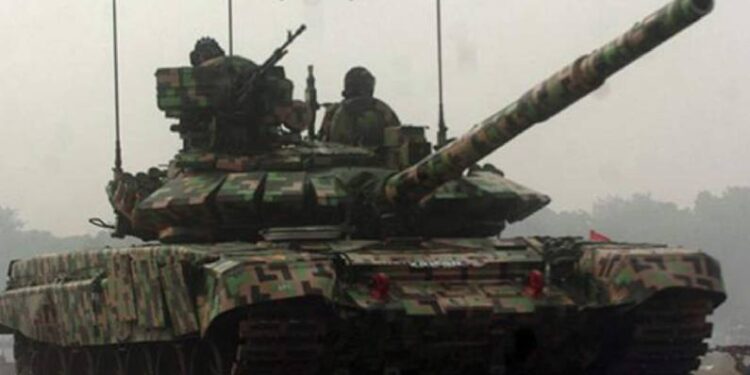 The tanks that the army is looking for will be modern tanks in which the tank platform will not only be better than the rest of the tanks but it will also be equipped with Artificial Intelligence (AI).

India currently has T-90 Bhishma tanks made in Russia, which were bought in the year 2001.

The Indian Army had deployed Bhishma tanks on the Line of Actual Control (LAC) in eastern Ladakh exactly a year ago. These tanks were deployed amidst the tension with China. Now the Defense Ministry is considering the purchase of such tanks for the army, which are known as ‘Future Tanks’. The Defense Ministry will deploy these tanks in a phased manner under the ‘Future Ready Combat Vehicle’ (FRCV). Recently, the army has also issued a request for information (RFI) in this regard.

According to a report, the army plans to include these future tanks by the year 2030. The army has made up its mind to issue tender for the purchase of foreign tanks. Also, he plans to buy these tanks under ‘Strategic Partnership’.

The army wants to do these tanks in places like high altitude areas, plains, river banks, deserts and deserts. These tanks will remain with the army as main battle tanks for the next 40 to 50 years.

Why army needs these tanks

According to the RFI, a new technology comes every 3 to 4 years. After this new systems and new concepts also start coming. Keeping this in mind, these tanks will be included in a phased manner. Answers have been sought from the government only from foreign companies who can provide these tanks for the army. The last date for filing the reply has been fixed by the government as 15 September.

AI will make them dangerous

The tanks that the army is looking for will be modern tanks in which the tank platform will not only be better than the rest of the tanks but it will also be equipped with Artificial Intelligence (AI). Apart from this, the tank will also be able to operate in a network based environment with transparent armor. These new tanks will be able to carry out continuous real time base operations during night and day. They will be able to move on all kinds of roads and their weapons will also be very dangerous. New and multi-layered best technology will also be used in these tanks.

Will attack in all types of weather

These tanks will be of medium weight and will have space for 2 to 3 crew members. Apart from this, their weapons can be used well even in the maximum temperature. Also, on high altitude areas, these tanks can be easily used at high ranges. Weapon system of these tanks will be in such a way that they will be able to detect different threats and destroy them immediately. Apart from this, Gun Tube Launched Anti-Tank Guided Missile will also be fitted in it.

Tank will have target tracker

These tanks will require a digital fire control system. Target detection based on AI and destroying it with a target tracker will be among the features of these tanks. The army wants a battle tank that has an auto-loading system and has maximum impact capability at shortest intervals. Apart from this, tanks should be fitted with soft kill system, laser warning and RF sensors to meet each of their targets, depending on the capacity.

The Army wants these tanks to have Explosive Reactive Armor (ERA) as well as Chemical Biological Radiological Nuclear (CBRN) protection capability. India currently has T-90 Bhishma tanks made in Russia which were bought in the year 2001. In view of the increasing threat on the LAC for the last several years, the Army is engaged in increasing the capability of the T-90.

Also read- Now China is trying to grab India’s mango, know how it is plotting