‘No evidence that children are at risk in the third wave of Corona’, said Dr. VK Paul 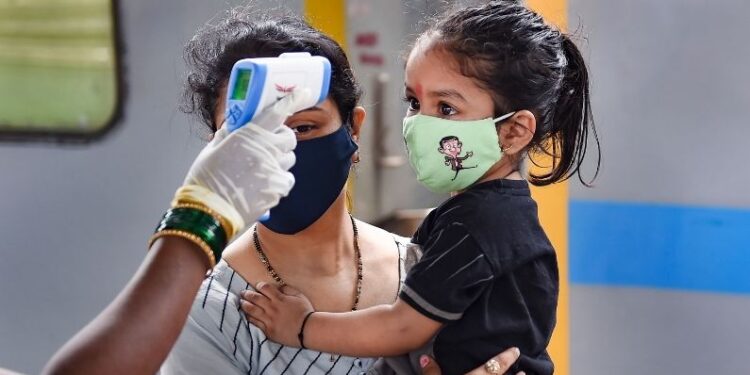 The government says that there is no indication or evidence to show that children will be most affected in the third wave of the corona epidemic.

Parents have had sleepless nights in view of the increased rate of infection among India’s youth during the second wave of the corona pandemic. Experts are constantly anticipating the third wave of Corona and a large number of children will be affected during that time, while the government has dismissed this apprehension many times. The government says that there is no indication or evidence that children will be most affected in the third wave of the epidemic.

The Central Government reiterated the same thing once again on Monday. Dr. VK Paul, one of the key members of the PM’s COVID Management Team, said, “It is not yet certain whether the third wave of corona will mainly affect children. Past data does not support this. So far, children have demonstrated similar seroprevalence to adults, which means they are affected in the same way as adults.”

Health ministry officials have shared seroprevalence data among different age groups and segments recorded during the period from December 2020 to January 2021, which in simple words means pathogens (caused by birth of diseases) in a population. ) level, as measured in blood serum.’

Dr. Paul also says that if the families of the children get the vaccine, then the virus cannot reach the children. Experts are also ruling out the possibility that infected children may have more severe symptoms in the coming wave of the pandemic. Dr. Randeep Guleria, head of Delhi’s All India Institute of Medical Sciences (AIIMS) and key member of the Center’s COVID Task Force, also clarified the same point that the coronavirus enters the body through a special type of protein, that protein. Children have much less in their bodies than adults.

He said that ‘Those who have made the theory that children will be most affected in the third wave, such experts say that children have not been infected in the first two waves of corona and therefore they may be more affected in the next wave. But so far there is no evidence that the infection will spread mainly in children going forward. The Indian Academy of Pediatrics (IAP) also said the same thing while trying to allay the fear of parents.

At the same time, a group of experts also believe that most children who get infected with corona are asymptomatic, which means that they get the infection but do not show any symptoms. Experts said that during this time treatment can also be done at home. However, he has advised people to take precautions for children and follow safety protocols completely.