NITI Aayog will launch the third edition of the Sustainable Development Goals Index today, delayed due to assembly elections 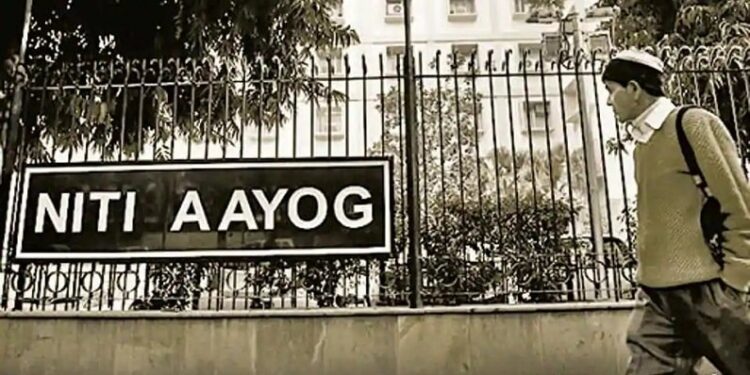 Sustainable Development Goals: After a third of these efforts have already traveled towards achieving the goals set for 2030, this report of the index focuses on the importance of participation.

Government think tank NITI Aayog will release the third edition of the Sustainable Development Goals (SDGs) on Wednesday. This index was first launched in December 2018. It is now a primary means of monitoring the progress of the long-term development goals in the country and has led to development competition between the Center and the states. The index was to be launched in March this year, but the launch was postponed due to the code of conduct that came into force with the announcement of assembly elections in four states and one union territory.

NITI Aayog said in a statement that this index assesses the progress made so far at the national and state levels towards the achievement of global goals and has been successful in carrying forward the message of stability, perseverance and cooperation. The Index report focuses on the importance of participation, after efforts that have already traveled a third of the way towards achieving the goals set for 2030.

In each new edition, an effort is made to update the data received from the Center and the states besides assessing the level of excellence in performance and assessing the progress made so far. In the year 2018-19, the first edition had 13 objectives, 39 targets and 62 indicators, while the second edition had 17 objectives, 54 targets and 100 indicators. The third edition has 17 objectives, 70 targets and 115 indicators. Kerala, Himachal Pradesh, Andhra Pradesh, Tamil Nadu and Telangana were the top performers in the race to achieve the SDGs as per the second index released in 2019. Bihar, Jharkhand, Arunachal Pradesh and Meghalaya were ranked last.

The index estimate is based on data for the first 16 targets with a qualitative assessment for the 17th target. The technical process of goal setting and normalization of scores follow a globally established methodology. Where target setting enables measuring the difference in target for each indicator. Whereas, the process of normalization of positive and negative indicators allows comparability and estimation of target-wise scores for states and union territories.

NITI Aayog builds coordination between Center and States on SDGs

NITI Aayog is empowered to coordinate the adoption and monitoring of long-term development goals at the national and sub-national levels. SDG India Index and Dashboard 2020-21 represent the efforts of NITI Aayog as well as states and union territories towards realizing its commitment towards localization of Sustainable Development Goals and improving monitoring of progress under SDGs Keeps trying continuously.

read this also- ‘There is a need to raise voice together for free vaccine’, said Rahul Gandhi while targeting PM

read this also- Covaxin Second Dose : What is the effect of not getting the second dose of Covaxin on time?