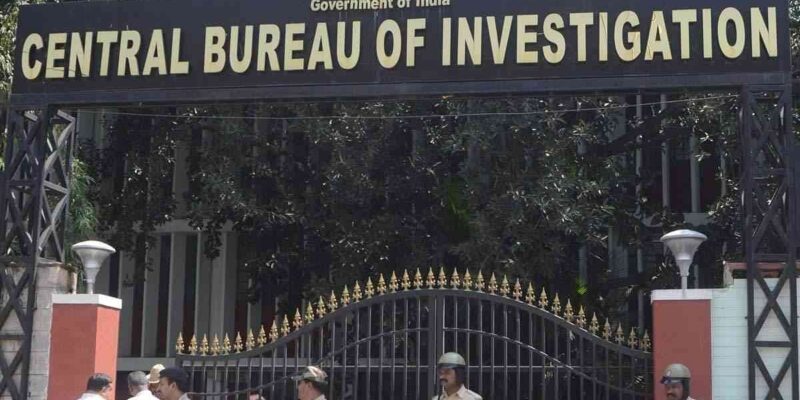 This true incident is one of the few famous and risky investigations of the Central Bureau of Investigation (CBI), about two decades from now, that is, 20 years ago. India’s Border Security Force (BSF), engaged in the security of the India-Pakistan border, had received intelligence. The BSF had indicated to the Central Bureau of Investigation that a large consignment of arms, ammunition, sent from Pakistan to India, has reached “indar” (within the Indian border). If the BSF wanted to stop that consignment at the border itself, it could have stopped it.

The problem was that the BSF could not legally conduct back-and-forth investigations after seizing that consignment of destruction. Therefore, he allowed that consignment of death goods sent by Pakistan to reach his border under a strategy. The BSF without wasting any time gave its clue to the CBI. On that information of BSF, CBI teams gathered to nab the consignment of hundreds of innocent deaths. So that that cache of arms and ammunition cannot be spread by terrorists here and there in India.

That scary night of twenty years ago

On 26-27 October 2001, after midnight (27 October at around 1.30 pm), CBI officer M.C. Sahni and Inspector VK. A team consisting of 8 domineering officers from Shukla surrounded the truck of Rajasthan number (RJ-02-XXXX), on National Highway number-15. The place where the CBI teams surrounded the truck was in front of a hotel located on the highway in Santalpur. The terrorists present in the truck got suspicious. So, without giving any chance to the CBI to escape, they fired bullets at him. The truck riders will be directly confronted by a hail of bullets. The CBI team had no apprehension about this even in dreams.

The CBI team was of the opinion that the smugglers supplying such and such large-scale arms-ammunition arsenals, usually consider it better to surrender instead of taking a stand when they come face to face with the police. That night with the CBI, but the opposite of this thinking happened completely. As soon as he was confronted with the CBI, the suspect truck riders started running the truck indiscriminately on the highway, while firing bullets at him. Irrespective of who will die and who will be saved from being hit by the reckless speed of that truck running on the highway.

A murderous ‘stunt-scene’ of a Hollywood ‘horror’ film played on National Highway-15 on that terrifying night, between the CBI and the suspects in a truck loaded with Pakistani ammunition and weapons, for nearly five kilometers. In the end, what happened is often the case in such cases. The suspects left the truck and got away cleanly by throwing dust in the eyes of the CBI. When the truck was searched by the CBI, his happiness knew no bounds. Inside the truck, two large bags containing tools were found by the army.

Those bags were filled with 2 AK-56 rifles with 524 rounds of bullets, 296 pistol cartridges, six pistol magazines, explosive devices, fuses, remote for improvised explosive devices, wireless sets and in addition 4 kg of explosives. Leading the CBI team that night was the country’s former IPS (1976 batch Agamuti cadre), former Delhi Police Commissioner Neeraj Kumar. Neeraj Kumar was actually posted as Joint Director in CBI in those days (during that operation). Today, after 20 years, Neeraj Kumar himself confirms all the sensational facts mentioned above.

The traitors of the country caught by the mobile number

From inside the truck, the CBI also found a mobile number written on a paper that night with scavenging. That mobile number led the CBI to a property dealer living in Jaitpur area of ​​Delhi. A few days later, with the help of a property dealer, the CBI caught hold of the sequel to the arsenal of arms and ammunition sent from Pakistan to India for our destruction, found in a truck. This episode was of the same arms smugglers who had escaped on National Highway-15 at midnight on 26-27 October 2001 by firing bullets at the CBI team.

On 3 November 2001, with the help of a property dealer, the CBI caught Ashbuddin, Abdul Subhan. Abdul Subhan was the driver of a truck laden with arms and ammunition that night. Both Abdul Subhan and Ashbuddin were residents of Mewat, the infamous area of ​​Haryana. The premature death of innocent Indians who reached India from Pakistan was provided by Yunus Khan (truck owner) and an Akhtar of Mewat to transport that consignment to different places in India.

The sleepiness of the CBI team that survived the murder was broken.

When the CBI tightened the screws of Subhan, it spewed many more secrets. On Subhan’s behest, CBI raided at many places. But CBI got the biggest success in the raid in the village ‘Ghummat Bihari’ located in Gurugram (then Gurgaon) adjacent to Delhi. According to Neeraj Kumar, “On the information received from Subhan, CBI raided a house in village Ghummat Bihari along with him. So our teams got lethal weapons from AK-56 rifles buried under the earthen stove in the house. There along with the weapons, ammunition was also found buried in the pit made under the ground under the stove.

“At first glance, no one could have guessed that a criminal would have the mind to hide ammunition, weapons, explosives even under the stove.” Later, the truck owner Yunus Khan was also nabbed by the CBI from his village located in Alwar district of Rajasthan. Yunus Khan himself was also present on the truck on the night of 26-27 October 2001. Akhtar, the last and the fourth absconding accused in that case, kept on giving the CBI till the end of 2012. Ultimately he surrendered in court.” It is said that former IPS Neeraj Kumar, who led that dangerous operation.

Also read- “Anecdote of Crime”: The ‘Double Murder’ that happened 43 years ago that shook the Morarji Desai regime in the 1970s

RCB wants to bid farewell to ‘Captain’ Virat Kohli, players ready to sacrifice everything for the title