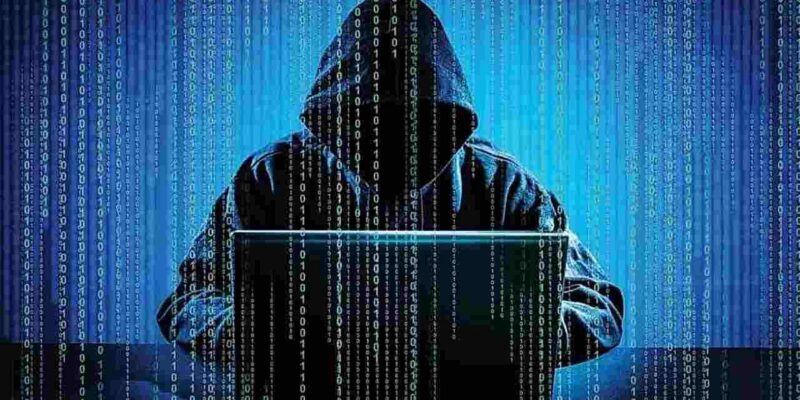 Today the world is battling with ‘online cyber’ crime and criminals. To what extent can cybercriminals prove fatal to us and you? To answer this question, the recent ‘cyber attack’ on the world’s largest social media platforms Facebook, WhatsApp, Instagram is enough. (signal photo)

Today the world is battling with ‘online cyber’ crime and criminals. To what extent can cybercriminals prove fatal to us and you? To answer this question, the recent ‘cyber attack’ on the world’s largest social media platforms Facebook, WhatsApp, Instagram is enough. Cyber ​​criminals empty our pockets when we are at stake, so they do so, as well as they are also able to infiltrate all our personal information, which we only have access to and consider ourselves very private. Make mistakes knowingly or unknowingly. After all, how do our bank accounts become empty just sitting in our house? Let’s know.

If the ploy of cybercriminals has settled on us due to any weakness, then they can take possession of us-your-email, even the ‘chat’ between two people on all other social media platforms in a few seconds. Specializes in ‘Dangerous Art’. These cyber thugs are masterminds to such an extent that even the intelligence, investigative agencies have started feeling themselves helpless in front of them. The recent cyber attack on Facebook, WhatsApp, Instagram is a strong example of this. The Federal Bureau of Investigation (FBI), which is considered the world’s largest and capable US agency, is working day and night.

The FBI too, but till now, in this investigation of the cyber attack on Facebook, from where it started, it seems to be standing even after three days. Prior to this cyber attack, in the year 2017, the world’s first largest cyber attack took place on Britain’s National Health Service. This attack shook the strong health service of a huge developed country like Britain in a few seconds. This is the reason why a leading country like Britain, which took lessons from that incident, now sets the highest budget annually (more than all other items) or say a hefty budget to protect its system from such cyber attacks.

As far as the cyber attack on Facebook, Instagram and WhatsApp between 9 and 10 pm on October 4, 2021 is concerned, then in the early hours of the next day (about 7 hours till around 4:15 am in the morning of 5 October 2021), all three social Network services were completely disrupted. For the first time in a cyber attack, such a huge financial loss and such a risky setback from cybercriminals has suffered a world-renowned American company like Facebook.

According to media reports, the doors of Facebook headquarters were ‘locked’ automatically during the cyber attack. Employees inside the headquarters in California were locked inside. When the employees present outside tried to open the doors with the electronic axis door card (chip card), those doors did not open. Means hackers or say online cybercriminals in 6-7 hours made a big financial loss to the institute.

It also took control of Facebook’s ‘precautionary security technology’ so far considered to be all strong or say safe. As a result, Facebook spent 7 hours in a state of helplessness. Think what is the good board of the common Indian in front of all these hair-raising examples of online cybercrime-criminals? The day and when the cybercriminals are at stake, will they fail to cheat us-you (Aam Hindustani)? In such a situation, then only and only you – you have only one solution to escape from the clutches of these mastermind online cyber thugs. This remedy is alertness-vigilance-awareness.

What do Indian police think

Ajay Singh, Senior Superintendent of Police (SSP) of Uttarakhand State Police Special Task Force also confirms many of the facts mentioned above related to online cyber crime, criminals. Ajay Singh said, “I do not know much about what cyber thugs are doing in other states of the country. Yes, we (Uttarakhand) are getting a lot of complaints about online fraud, cyber criminals these days. We have also recently tied up directly with the team of Google to destroy the nexus of these criminals so that we can get information related to any cyber criminal in the shortest possible time and we (state police) immediately online cyber criminals. To destroy the web of thugs.

This is how our bank accounts are empty

Recently, many such cases have also come to the fore, in which cyber criminals tell the general public at the time of making mobile calls that they are employees of mobile telecom company. After this, in the name of updating KYC, they get their bank related confidential information from the general public. These criminals engaged in online cyber fraud, download ‘Remote Access App’ (Any Desk, Team Viewer, Quick Support) and commit fraud of lakhs of rupees by grabbing access to the victim’s mobile phone and net banking. In such cases, the victim need not even step out of his house. He is cheated by cyber criminals as soon as he is sitting at home.

Recently, a victim Pramod Kumar resident of Basant Vihar Dehradun was downloaded ‘Any Desk App’ on behalf of cyber criminals in the name of updating BSNL Mobile SIM KYC. After that, by gaining access to mobile and net-banking, cyber criminals robbed about 21 lakh (twenty one lakh) rupees from his bank account in a few seconds. The investigation of this case was currently handed over to the Cyber ​​Police Station and Uttarakhand STF team (Sub Inspector Ashish Gusain, Technical Head Constable Mukesh Chand, Sepoy Nitin Ramola and Pawan Kumar) constituted under the leadership of Inspector Devendra Nabiyal of Dehradun Cyber ​​Crime Station.

In the investigation, it was found that the SIM cards used by cyber criminals were taken at fake addresses in the states of Jharkhand, Madhya Pradesh etc., while the use of these SIM cards was found to be used sitting in Jamtara (Jamtara) area of ​​Jharkhand. The amount cheated online by the criminals from the victim was deposited in the bank accounts of states like Chhattisgarh, Orissa etc. The mastermind of online fraud turned out to be Aman Mandal, a resident of Giridih district of Jharkhand (Kathwada region), who was arrested.

IPL 2021: Gautam Gambhir’s advice to Dhoni, who is struggling with poor form, will have to do this work to score runs