NewsNCR Exclusive: Most wanted Arabic professor and ‘engineer’ of destruction, on which America has bet Rs 70 crore 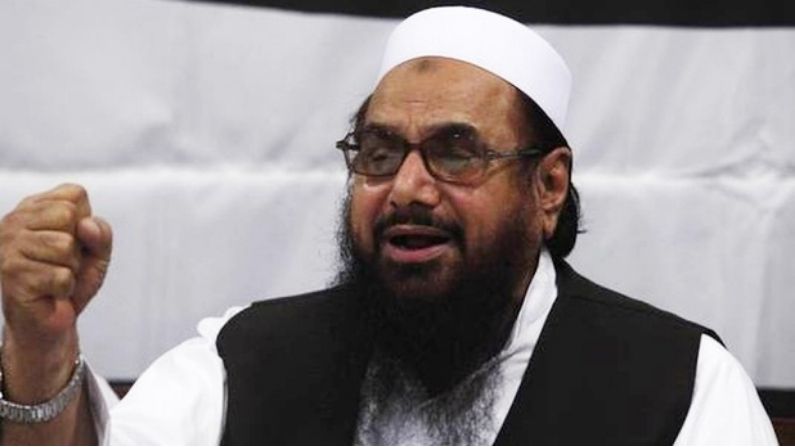 Even today, he is doing dangerous tricks of openly killing innocent human beings from open forums. Why and how is Hafiz Saeed with such dangerous intentions the “ladla” of Pakistan?

It was only after a long wait, but as soon as America made a bet, it surprised the world’s “Most Wanted” Osama bin Laden by entering his den and turning him into a corpse in a one-night operation. Pakistan would not have imagined that the Osama bin Laden, whom it has kept hidden in its most secure fort, in the middle of the night, the sharp-shooters of the US Army reached there and found Osama-bin-Laden sleeping in a deep sleep. A trembling death will be put to sleep.

Now America, India, Australia, European Union, Britain, Russia are on target of an engineer known for terror. The engineer who studied only “Engineering”. Later, when he became a famous professor of Arabic language in Pakistan, he started teaching students the lessons of spreading terrorism and shedding innocent blood. A person or professor with such dangerous intentions had to come overnight in the eyes of the loathsome-minded Pakistani rulers, so he also reached.

Born on June 5, 1950 in Sargodha (Pakistan), Punjab, this professional engineer with such bloody or dangerous intentions, later became a professor of Arabic language in Pakistan. Today 70-year-old Hafiz Saeed has now become the world’s number one “terrorman”. America is this “most wanted” terrorist of many other countries of the world including India.

Say the most on its arrest or the US has announced a hefty prize money. The US has announced a sum of Rs 70 crore on Hafiz’s arrest. Which is currently considered and said to be the biggest prize money declared on any most wanted criminal in the world. But the question in front of the world is that after all, why the main conspirator of killing 164 people including 6 Americans by conducting a series of attacks in Mumbai on the day of 26/11 has not yet been caught by the US or India?

What is the link of this most wanted Haryana

He is still openly sitting in Pakistan. He is doing dangerous tricks of openly killing innocent human beings from open forums. Why and how is Hafiz Saeed with such dangerous intentions the “ladla” of Pakistan? Why did he, along with Bibi Maimuna Saeed and son Talha Saeed, till today finally come in the eyes of the Pakistani government, if in reality Pakistan is not giving him shelter.

It is said that the family of Hafiz Saeed, with such dangerous intentions, lived in Hisar (Haryana, India) till independence. The family moved to Lahore (Pakistan) at the time of the India-Pakistan partition. According to the US government website “Rewards for the Justice”, Hafiz Saeed is the founder or operator of dangerous organizations like Jamaat-ud-Dawa, Ahle Hadid, Lashkar-e-Taiba. It is said that Ahle Hadid is also an Islamic organization, which has been established to implement Islamic rule in India.

100 lies of Pakistan for the sake of one Hafiz

Pakistan is nurturing such Hafiz Saeed in his house even after telling a hundred lies. To that Hafiz Saeed who is the enemy number one of America, India, Australia, Britain, European Union countries. According to the dark history of Hafiz’s past life, the attack on the Red Fort located in North Delhi district on the night of 21-22 December 2000, the attack on the Indian Parliament on 13 December 2001, the Indian Army on 18 September 2016 in the Uri sector of Jammu and Kashmir The attack on the K camp, (India accounted for that attack on 28-29 September 2016 itself at midnight by destroying terrorist bases in Pak Occupied Kashmir by surgical strikes), took place in Mumbai on 26/11 He has been involved in the serial attack (in which Kasab was hanged alive by India).

Meaning Hafiz Saeed, who was hiding in Pakistan, kept on getting the destruction done by his henchmen one after the other. Everyone in India-USA knows that it is roaming freely in Pakistan. Even after this, what is the obstacle that becomes a hindrance every time Hafiz Saeed is ‘resolved’?

Afraid of America yet does nothing

In the course of time, Pakistan, who threw dust in the eyes of the world, gave shelter to Hafiz Saeed. Just like that, he became fearless and dangerous. The fear of law completely vanished from his mind. At the moment there is no doubt that today’s Hafiz Saeed with dreadful intentions and this Arabic language professor of yesterday, have caught the weak pulse of the Pakistani rulers. To the extent that today the same Hafiz Saeed roams freely in the forums saying in Pakistan, “Pakistan military should start preparing for an attack on India. The ISI (Pakistani intelligence agency infamous worldwide for causing bloodshed in India) and I (Most Wanted of America and India) are no different. I am with the ISI to move forward.” It is clear that no most wanted terrorist can dare to challenge such openly without the support of the Pakistani government. He has the open support of the military and intelligence agency there (Pak).

Pakistan “surrenders” in front of a most wanted

In order to show in the eyes of the world and to avoid the crooked eyes of America, Pakistan has also sentenced Hafiz Saeed, the most wanted prize money of 700 million of America, in pieces, for about 20 years. The courts there also imposed a fine on him for hearing and hearing. In such a situation, again the same question that Pakistan is standing in the posture of surrender before Hafiz Saeed to “bend its head”. Can that Pakistani government be so daring that it will even think about the whereabouts of Hafiz Saeed himself honestly. maybe never.

In the meantime, it is often seen that whenever the Pakistani government and its rulers feel that international pressure is increasing on Hafiz Saeed. From time to time, the Pakistani rulers make noise of putting Hafiz Saeed in jail and arresting him.

Also read- Mumbai Serial Blast-FINAL: As soon as the Memon family reached India from Dubai, there was a ruckus, 2 Indian agencies clashed at the airport itself!

Three criminals are on the lookout for attack again, PTI will resign from assembly, read 10 big things of Imran